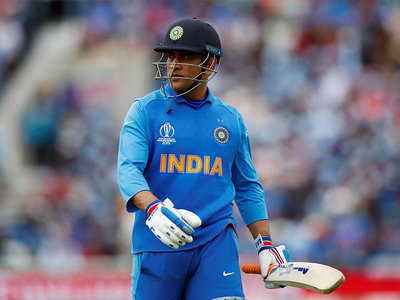 On Thursday, the Board of Control for Cricket in India (BCCI) has announced 15 men squad for the upcoming T20Is Series against South Africa. India vs South Africa T20 series has been starting from 15th September in Dharamshala. Meanwhile, the exclusion of MS Dhoni from the squad is the hot topic among fans. However, team India Head Selector MSK Prasad has given an explanation about his exclusion from the squad.

Team Announced For The Upcoming Series

MS Dhoni Exclusion From The Squad

Earlier when the reports suggested that the selectors were unlikely to pick the veteran MS Dhoni for the upcoming series, social media went angry and trolled Indian selectors. However, now, when the actual squad has been announced for the T20Is series, the report comes true. And Dhoni is not in the 15 men squad.

Although, Team India Selectors has come up with a something good for Dhoni’s fans. MSK Prasad has now explained why he is absent in the squad. Talking to India Today, Prasad said Dhoni himself has expressed his absence from the series. And he is not available for the Team India in between India vs South Africa T20 series.

Mahendra Singh Dhoni has not played any match since the World Cup 2019. He had taken two months rest from the cricketing career. So, thats why he is unavailable for the series against South Africa. Hence, after this India’s next assignment is against Bangladesh in November month.

With the exclusion of MSD, Rishabh Pant has got another opportunity to settle down his place in the team. And the series between South Africa will be a crucial one for the youngster wicketkeeper Rishabh Pant.