The former Proteas pacer who is currently active as a mentor criticised Indian player's approach. 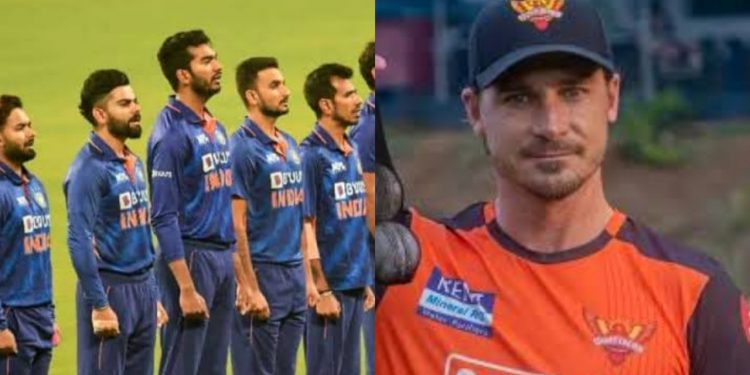 Veteran cricketer Dinesh Karthik, who played his first T20I in 2006, has returned to the team after having a stellar IPL 2022. He registered his maiden fifty in the T20 format against South Africa in the fourth T20I of the five-match series on Friday, helping India level the series by 2-2 as well. The veteran scored 55 runs off just 27 balls with the help of 9 fours and 2 sixes as well.

Meanwhile, the stand-in captain Rishabh Pant has been finding it difficult to score with the bat and has only managed 57 runs in four games so far as well. And, former Proteas pacer Dale Steyn said that Pant seems to be making the same mistakes again and again.

“Pant has had four opportunities in this series, where he seems to be making the same mistakes. Also, you think that good players learn from their mistakes, he has not. DK has just come out every single time and shown what a class player he is. If you want to win the World Cup, you want to pick a guy who is in form. There are guys who team will pick on reputation, but DK is in such fantastic form, if he continues this form, he is going to be one of the first names written down on the plane when India tours for the World Cup later this year,” said Dale Steyn on ESPNcricinfo’s ‘T20 Time Out’.

Dale Steyn, however, applauded Dinesh Karthik and said: “DK has been in phenomenal form. This year, he is getting better and better. He has the wicketkeeper mentality, he reads the game really well, he knows and understands what bowlers are trying to do and he backs it up with very good skill. He reverse sweeps, sweeps, laps. They are shots being played by somebody who reads and understands the game, understands what the bowler is going to bowl when before he runs up to bowl. He does it so well, he attacks the first and last ball of the over, he puts the bowlers under pressure on ball one, and then the guys, they don’t really have an answer.”

While coming out to bat in the 13th over, Dinesh Karthik took some time initially and then he started to take on the opponents’ bowlers, helping India post 169/6 in their allotted 20 overs in the fourth T20I. However, Team India defended 169 runs successfully with ease in the game as they bowled out South Africa for 87 as well. Avesh Khan was the pick of the bowlers as he claimed four wickets. With this win, the hosts equalled the series 2-2 and the series decider will now take place at the M Chinnaswamy Stadium in Bengaluru on Sunday.