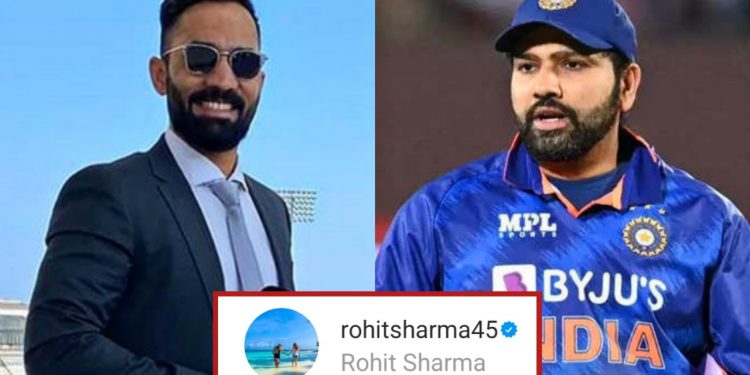 It has been an exciting comeback for the previously out-of-favour Dinesh Karthik into the Indian national team. Since being unceremoniously left out from the ODI team following India’s loss in the 2019 World Cup semi-finals, not many had imagined DK would be able to don the national colours once again.

It didn’t help that at the time, he ‘stepped down’ from his then IPL franchise Kolkata Knight Riders’ captaincy to better focus on his game. In fact, this decision led a lot of fans to suggest that Dinesh Karthik was done prioritizing being involved in cricket as a player, and was just trying to savour his time on the field with whatever limited chances he got in between.

In 2021, Karthik officially took up international commentary duties for the first time and covered the English summer of cricket as a correspondent for BBC Sports. Following the second half of the IPL- where DK himself didn’t have too much of an impact in KKR’s second-place finish- Karthik signed up as an analyst with Cricbuzz and covered important international events like the WT20 and India’s tour to South Africa.

By this point, it wasn’t unreasonable to think that DK had relinquished all his hopes to play for the Indian national team. And while he did continue to feature for Tamil Nadu in the domestic circuit, where he performed reasonably well- in the longer scheme of things, DK’s playing career seemed to be just a passing afterthought.

Fast forward to April 2022, where DK plays some exceptional blinders down the order for RCB in the IPL. He ends the season as the batter with the best strike rate in the tournament, which brings him back on the radar for a national call-up. And three games into the series against a challenging South African side- the 37-year-old Karthik proves exactly why he’s earned his chance at redemption, by smashing a match-winning 55 (27) to keep the hosts alive in the series.

Following DK’s PotM performance in the 4th T20I, a year-old Instagram post from his account has gone viral. The said post in question features DK vibing in a series of casual attires as he’s preparing to take up commentary duties. He captioned the image ‘Just me being me’ with a blessed emoji and shoutouts to his apparel sponsors.

But what caught the fans’ eyes was India captain Rohit Sharma’s comment on the post. ‘You still have some cricket left. FYI!’, Rohit had written on that post back in 2021. DK had replied, ‘Don’t ever doubt that sham (sic)’ with a winking emoji.

And as it turned out to be, a year later, Rohit’s predictions came true, while DK looks all set to play in the same WT20 tournament that he was commentating on last year! Fair to say, that sharing a dressing room with Jofra Archer has rubbed off some of its luck on Rohit.