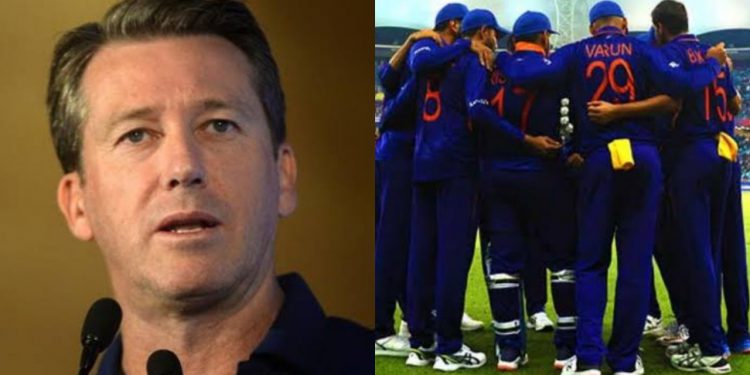 The Indian men’s cricket team is blessed to have a whole bunch of talented players at their disposal. In recent times, the Indian white-ball team has been somewhat over-spoilt for choices; so much so that the men-in-blue are able to field multiple playing XIs of formidable statures simultaneously.

But the problem with so much talent and pedigree on offer is that a lot of the times, the newbie players are low on confidence while playing international games; which has an adverse affect on their and the team’s performance.

Thankfully, there are lot of experienced personnel going around in the team in the likes of Virat Kohli, Mohammed Shami, Shikhar Dhawan, Ravindra Jadeja, and captain Rohit Sharma himself; who are familiar with these problems of nerves and confidence. And it is imperative that this contingent of Indian seniors grooms the young and coming players to be high on confidence.

The impact of confidence players in the team can be understood best from Hardik Pandya’s most recent performances in the national jersey. Since making his comeback from a chronic back-injury, Hardik has been in excellent rhythm in both departments of the game.

Hardik’s renewed bowling skills, in particular, have reaffirmed exactly why he is seen as the primary all-rounder of the Indian white-ball team. And just to top that off, his new-found tactical acumen makes him a strong contender as a future captain for the team.

Legendary former Australia speedster Glenn McGrath believes that Hardik’s prowess as a confidence player makes him a luxury for the Indian team. As per McGrath, Hardik’s good recent bowling performances have had a direct impact on his overall form, which shows that he has a very strong game plan.

The former Aussie pacer also shared his two-cents on the new debate surrounding the ‘entertainment’ of ODI cricket. McGrath, a proud bearer of 381-ODI wickets believes that ODIs are interesting as long as enough runs are scored.

“I am very much a traditionalist. I liked Test, I liked my ODIs. Test cricket is till the ultimate to me. I I hope that it is protected and still held in high regard. As for the ODIs, it is still exciting as long as they are scoring runs. Interesting to see the future (of ODIs) and see where it goes. They have got to keep making it (ODIs) exciting. They have got a few challenges,” McGrath opined.