‘I can’t tell, I am an opener or a finisher’ – Sanju Samson opens up on the challenge to find a spot in Team India 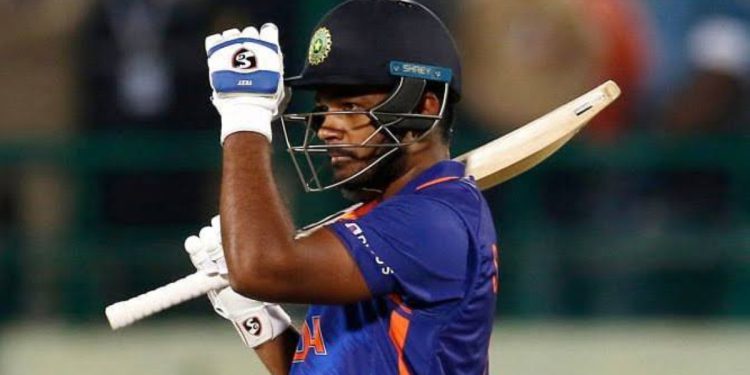 Getting to play for the Indian Cricket team on an international level is a tough nut to crack. The Indian team has a problem of plenty due to which a lot of deserving candidates don’t get the chance they deserve. The players keep getting in and out of the team because of the constant rotation and one of those players is Sanju Samson, who despite having great talent has not been able to be a regular for the team.

Sanju Samson opens up about his batting position

Sanju Samson captained Rajasthan Royals in the 2022 edition of the Indian Premier League and his team did really well and reached the finals. Even the cricketer himself looked in good touch and scored 458 runs for his franchise. The right-handed batsman recently opened up on his position in the Indian team and how it is extremely difficult to get a spot in the Indian cricket team.

It is to note that Sanju Samson is not a part of team India’s squad for the upcoming T20 World Cup, however, he has been given the responsibility of being at the helm of the India A side for a 3-match series against New Zealand. When talking about his batting position, the batsman is pretty clear that he can’t fix himself onto one spot as the team may need him to bat at any given position.

“Playing different roles is something I have worked on for a lot of years. I am confident of batting anywhere in the order. You should not fix a spot for yourself. You cannot tell people: ‘I am an opener or I am a finisher.’ In the last three-four years, playing in various roles and spots (in the order) has added a new dimension to my game,” said Sanju Samson.

ALSO READ: Pakistan actress tries to troll India after defeat vs Australia; gets self-trolled as PAK lost to England

Sanju Samson is really positive about leading the India A side and feels that the A games are very important. The cricketer feels that there is not much difference between an A game and an international game because the level of competition is almost the same. As for the Indian team, they are currently playing Australia in a 3-match T20I series; the first contest of which they have lost and will look to make a comeback in the second game on Friday.