Bumrah is coming off an injury-layoff and was rested for the 1st T20I against the Kangaroos as a precautionary measure. 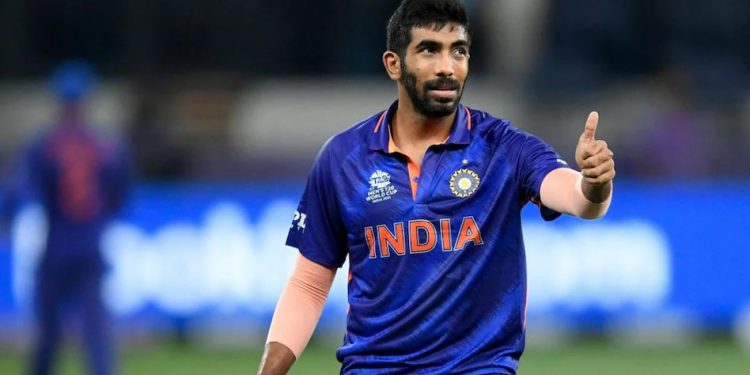 Everyone wants the management of Team India to include Jasprit Bumrah in their playing XI for the 2nd T20I against Australia after the trashing they received during the series-opener.

Notably, all Indian bowlers except Axar Patel were taken to the cleaners as the Kangaroos chased 209 in the first T20I that was held on September 20.

The Men in Blue’s pace spearhead was severely missed during the T20I game AUS and INDIA played a couple of days ago.

Bhuvneshwar Kumar and Harshal Patel had failed to contain runs (especially at the death), leaking 52 and 49 runs off their respective 4 overs.

For those unversed, Bumrah is coming off an injury layoff and was rested for the 1st T20I against the Kangaroos as a precautionary measure.

“The team management did not want to rush him and that is the reason for his absence in the Mohali game,” a BCCI source was quoted as saying by Cricbuzz.

Though India may not have initially planned to draft Jasprit Bumrah into the playing XI for the 2nd T20I vs Australia, they don’t have an option now.

Moreover, the source deemed Jasprit Bumrah fit for a return on September 23.

“He (Bumrah) has been bowling full blast at the nets and he is ready for action”.

The yorker-king is likely to be fitted into the playing XI that Team India will field for the second T20I that’ll be held tomorrow in Nagpur.

ALSO READ: ‘I can’t tell, I am an opener or a finisher’ – Sanju Samson opens up on the challenge to find a spot in Team India

However, for Jasprit Bumrah to come back, someone has to be dropped from the side.

Sadly, it is likely to be Umesh Yadav– who did decently in his int’l comeback during the first T20I against the Kangaroos.