Rohit Sharma along with other senior players was on rest during the 5-match T20I series against South Africa. 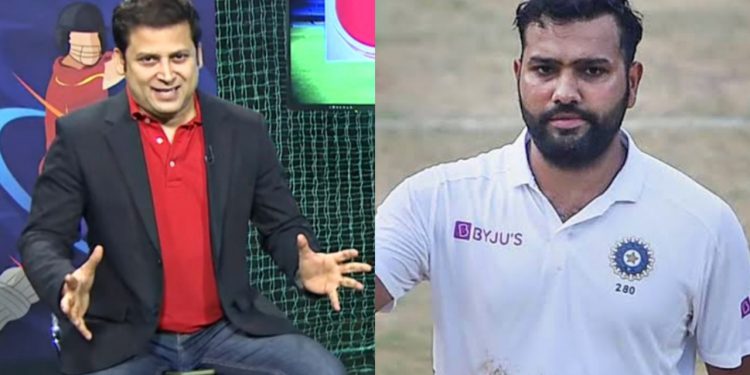 Rohit Sharma was appointed as the full-time captain for the Indian team in all the formats after Virat Kohli stepped down as the captain. The explosive batsman is known for his hard-hitting ability and has been one of matchwinners for the Indian team for quiet some time now. However, Indian TV journalist Samip Rajguru body-shamed Rohit Sharma for which the journalist is receiving backlash from the fans.

Both Virat Kohli and Rohit Sharma have been an integral part of the Indian setup in all the formats and have their own way of tackling things on the field. However, there are pages on Twitter and other social media sites which keep the fans divided with their unnecessary comparison between the two. The comparison is generally between the fitness of the two players and TV journalist Samip Rajguru body-shamed Rohit Sharma on air for which he is now facing the wrath of the fans.

Rohit Sharma along with other senior players was on rest during the South Africa series and will be on a break during the Ireland series as well. Journalist Samip Rajguru went out of his way and spat derogatory remarks against Rohit on the news channel India TV. The journalist insulted Rohit for not playing regularly for the Indian team and body-shamed the cricketer as well.

This do-kaudi-ka journalist samip rajguru working for a national tv channel is openly insulting, harassing and body shaming the captain of our Indian cricket team by referring him with disgusting words. Is that how journalism in our country works .@IndiaTVHindi#RohitSharma pic.twitter.com/YBhF0vg2mv

The video of the same has gone viral and the netizens are furious at Samip Rajguru for stooping down to this level and personally attacking the Indian captain. For the uninitiated, Rohit will be seen in action in the rescheduled 5th Test match against England which will begin on 01st July in Birmingham. A 17-member squad has already been announced and the Indian players have landed in London for the warm-up match which is going to commence on 23rd June.