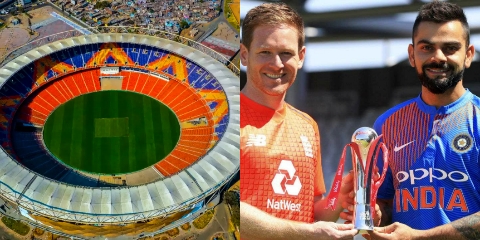 India is currently hosting Engalnd for a 2-month long tour. Both teams have locked horns to play all 3 formats during this period. The test is series currently underway in Chennai. Visitors stunned hosts in the 1st test as Chepauk. The 2nd test is also scheduled to play in the same venue while the remaining two tests will take place at Motera Stadium, Ahmedabad. India vs England 2021 t20 series will follow the 4 test matches. It will a 5-match series at the biggest cricket arena in Ahmedabad. England has already announced the squad for the t20 series vs India in March 2021.

The 5-match series will begin on 12 March. It will be the first limited-overs match at the stadium after its renovation. The seating capacity of the arena has increased to 1,10,000 people making it the world’s biggest cricket stadium. BCCI will allow the fans at Motera for the T20 series. However, like tests, only 50% crowd will be allowed during the t20s due to precautionary measures.

England has named a player list of 16 members that will play the T20 series vs India in March 2021. Eoin Morgan who is not a member of the Test team will be back with captain duties. However, the current English captain in whites, inform Joe Root fails to make it the squad. Root has not played the shortest format for England since May 2019. Although the current no.3 test batsman is the regular member of the ODI team.

Left-arm pacer Reece Topley is the fresh name in England’s squad. The 26-year old bowler had last played a T20I in 2016. Selectors have backed Liam Livingstone for the series. Curran brothers’ all-around abilities are strengthening the group. It was expected the experienced Alex Hales would be given an opportunity. Hales scored the most runs (543) in the recently concluded Big Bash League. However, the 32-year old has been ignored while squad selection for upcoming India vs England 2021 T20 series. 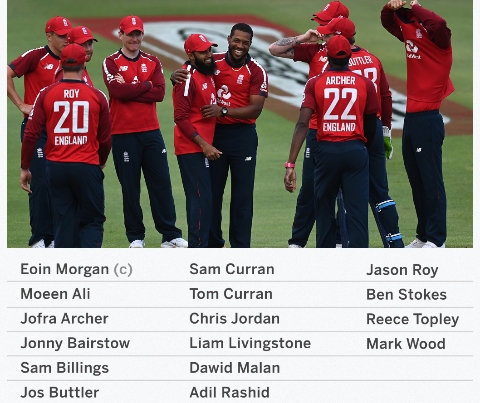 India has yet to announce the squad for the series commencing on 12 March. However, it is confirmed that Virat Kohli will lead the side. Likes of T Natarajan and Washington Sundar will retain their spots. Natrajan had picked 6 wickets in 3 matches during his debut T20 series in Australia. There is no update yet when will BCCI is going to announce the squad. But we will inform you the further updates about the series.