IPL 2023: 3 Franchises who can go for Ravindra Jadeja after being released by CSK

As it seems certain that Jadeja will be ending his 9-year-long stint with CSK, these are the teams that will be eying to rope him into their side. 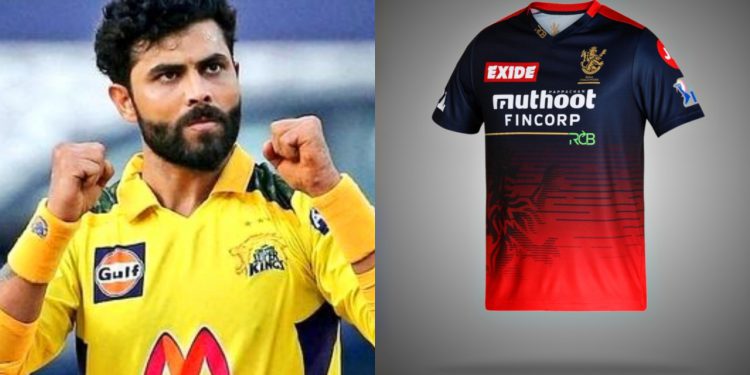 Star Indian all-rounder Ravindra Jadeja who is a part of the Chennai franchise in the IPL, might part ways with the side from the next season. Reportedly, the left-hander has not been in touch with the CSK management since the conclusion of the IPL 2021. And it now seems certain, with the sort of reports coming in, that the left-hander will not be seen playing in yellow from the next IPL season. Meanwhile, other franchises would be seeing this as an opportunity to rope in a quality all-rounder into their side. Here, we will be discussing three teams who might be interested in buying Ravindra Jadeja if CSK releases him.

The rift between Ravindra Jadeja and CSK was noticed soon after this year’s IPL when both Jadeja and CSK unfollowed each other on their social media. Jadeja even removed all the posts related to CSK from his social media handles. Though the CSK fans would not have imagined Jadeja to be playing for some other franchise from the next season itself, it somehow seems much of a possibility now. And the three teams which will be eying to buy Jadeja are RCB, PBKS, and SRH.

The RCB side has struggled in the past few seasons when it comes to finishing matches. Dinesh Karthik did a good job for the Bengaluru franchise in the last season, however, having Jadeja alongside DK would make an even stronger lower middle order for RCB. Jadeja would also strengthen the spin department of the side and it’d be a great sight watching him bowl alongside Wanindu Hasaranga. Hence, the RCB management would surely be looking to rope Ravindra Jadeja in for the next season.

Punjab Kings is another side that will be targetting to buy Ravindra Jadeja for the next season. The PBKS side has a weak lower middle order with Liam Livingstone as the only potential option for them when it comes to finishing the innings. Odean Smith and Shahrukh Khan have not been up to the mark for the PBKS side in the previous season and they might be the ones making way for Jadeja. Ravindra Jadeja would stabilize the fragile lower middle order of the side and be another quality spin option for captain Mayank Aggarwal.

Sunrisers Hyderabad has finished in the bottom half of the points table for two successive seasons now, which is an indication that something has to be changed. Though the batting as well has not been top-notch from the SRH side, the bowling has looked worse, the spin bowling in particular.

With the exit of Rashid Khan, Washington Sundar has been leading the spin department with Jagadeesha Suchith as his partner, both the bowlers had a sub-ordinary last season. The other spinners in the squad are Abdul Samad and Shreyas Gopal, who were benched for the most part of the previous season. Therefore, it is certain that SRH would be eying to bring in experienced Jadeja into the side. Abdul Samad and Shreyas Gopal might be making way for him.