The English all-rounder completes his fifty and takes his team over winning line with a maximum. 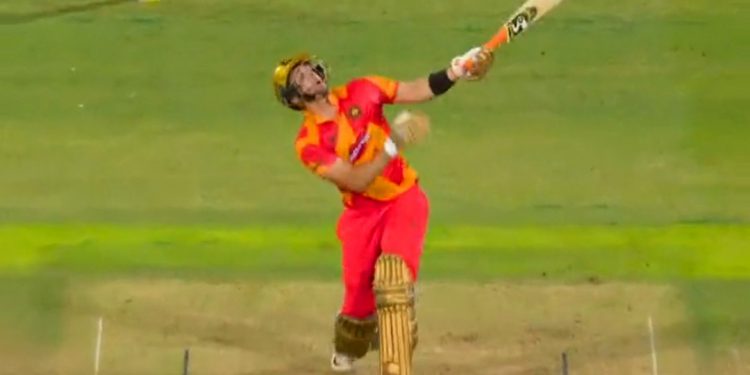 The England’s batting sensation Liam Livingstone finishes off in style with a one-handed six and again showed his hitting ability in the ongoing season of hundred ball tournament on playing against Trent Rockets.

While chasing 146 against Trent Rockets, Liam Livingstone smashes terrific 51 runs for 31 balls with four sixes and one four and chases the target with 14 balls left to bowl. He also notches up his first fifty of the tournament with a one-handed six.

In the 15th match of the The Hundred tournament, the Birmingham Phoenix  faced Trent Rockets. Birmingham Phoenix won the toss and elected to field first. Their decision was quite good as Trent Rockets did not offer a good start as they lost 6 wickets for just 53 runs in 54 balls. Then, Daniel Sams and Lewis Gregory came to the crease and stabilize the innings. Daniel Sams scored his half-century in just 25 balls while Gregory scored 35 runs off 22 balls to take their team for the fighting total of 145. Benny Howell took three crucial wickets for just 28 runs in 20 balls.

In the second inning, Phoenix also went with a bad start as they lost two wickets for just 25 runs. Then skipper Moeen Ali and Liam Livingstone come to the crease, Moeen Ali scored 52 runs in 28 balls with five huge sixes and three fours but he gets out and cannot finish the game while the new six-hitting machine for England, Liam Livingstone done his duty and finishes his team to the victory with 14 balls to spare and 7 wickets in hand. It is the first defeat of the Trent rockets in this edition of a hundred ball tournament. On scoring a half-century and taking one wicket, skipper Moeen Ali gets the man of the match award for the game.

With this win, Birmingham Phoenix comes to 3rd spot in the points table with three wins in 4 games, and Trent rockets down to 4th spot as their run rate is few short of a Birmingham phoenix.