The Australian cricketer is playing the Legends League Cricket in Lucknow. 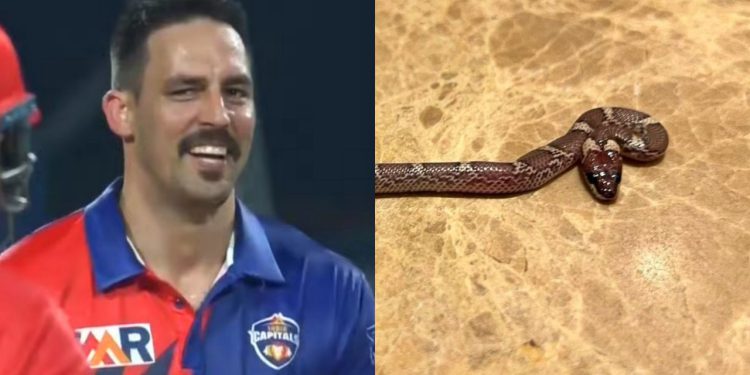 Australian Cricket Mitchell Johnson had an unwanted guest at Lucknow Hotel. The pacer took to his Instagram handle to share the interesting incident. A snake entered Johnson’s room which left the Australian cricketer amused. The 40-year-old cricketer is part of the India Capitals’ squad which is playing in the Legends League Cricket.

A snake entered Mitchell Johnson’s room in a Lucknow Hotel

Mitchell Johnson posted the pic of the snake and the caption of the post reads, “Anyone know what type of snake this is?? Just hanging out in my room door,” The cricketer shared one more post in which he called his stay in India interesting, “Found a better pic of this snakes head. Still unsure what it is exactly. Interesting stay so far in Lucknow, India,” wrote Johnson.

As Mitchell Johnson asked name of the snake, fans shared their thoughts in the comment section. ‘It’s a non-venomous wolf snake’ wrote one Instagram user. Out of nowhere, one of the fans decides to give harsh burns to Bangladesh cricketers. ‘I think it’s Bangladesh Legends Captain looking for Brad Haddin (laughing emojis)’, the fan wrote. Here are some reactions of fans. 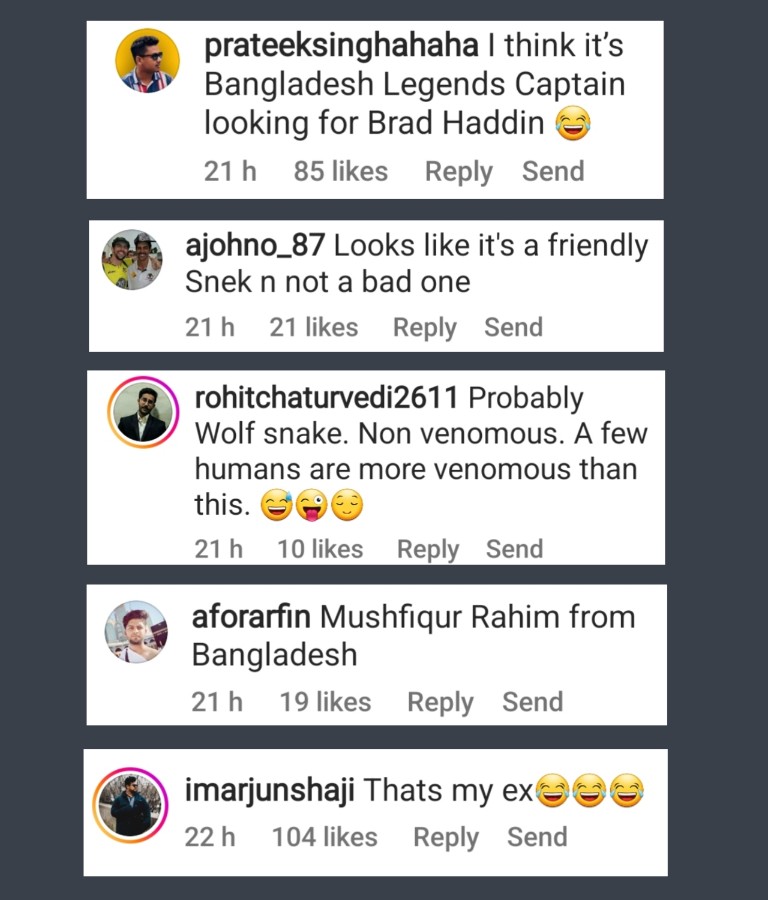 The context of the fan’s comment is Brad Haddin’s unbelievable finish in the recently concluded Australia legends vs Bangladesh Legends match. Aussies needed to score 21 off the last 6 balls and the keeper-batter did it. The timeline of the final over was; 0, 6, NB2, 0, 4, 4, 4.

It was the first win for Australia Legends in their second match of the season. A total of eight teams are part of the Road Safety World Series and it’s a different league than Legends League Cricket in which Mitchell Johnson is playing.

Currently, Tilakratne Dilshan-led Sri Lanka Legends are at top of the table with 3 wins in 3 games. West Indies and India are just below Sri Lanka. India started the tournament with a win but their last two games were spoiled by rain. Now, Sachin Tendulkar’s India has two more matches left to play which are against England and Bangladesh. Each team is scheduled to play 5 matches as far as the group stage is concerned. The top 4 sides will qualify for the semi-finals which will take place in Raipur.