The former Indian opener has a reputation for being blunt and straightforward about things he doesn't like. 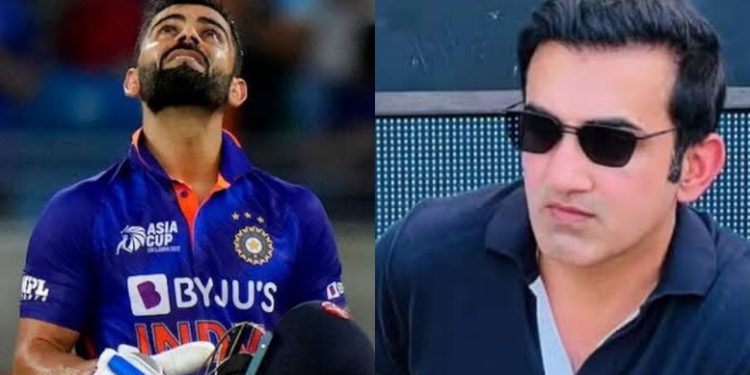 Gautam Gambhir had a normal (and probably quite enjoyable day) at work on September 19 but for some reason, a whole lot of people are triggered because of it.

Didn’t get it yet? Gauti has once again hogged the media attention due to a remark that he unleashed regarding Indian cricketers like MS Dhoni and Virat Kohli.

To Gautam’s credit though, he was intentionally instigated to get Virat Kohli and Dhoni involved in his comments.

India needs to come out of this hero worship- Gautam Gambhir

During the Indian Express’ special IDEA EXCHANGE, Gambhir was asked a question:

“Do you think that this whole hero worship chokes the next star to come up? Nobody (no Indian cricketer) has grown in that shadow. It was MS Dhoni earlier. It’s (Virat) Kohli now”.

He replied: “Bhuvneshwar Kumar bowled four overs & got 5 wickets (during IND vs AFG). I don’t think anyone knows about that. But Virat Kohli scores a 100 and there are celebrations everywhere in this country. India needs to come out of this hero-worship”.

Former Indian opener Gautam Gambhir has a reputation for speaking out about things he doesn’t like.

Coincidentally, a few of such things revolve around MS Dhoni and Kohli.

Did Bhuvneshwar’s 5 for 4 didn’t get the due respect?

If Virat’s much-awaited 100 was a big accomplishment, Bhuvneshwar Kumar’s first-ever 5 wicket-haul in T20 internationals was no less.

For those who do not understand the seriousness of the achievement, Bhuvi’s 5 for 4 was also the 1st time any bowler got 5 wickets in T20 internationals against Afghanistan.

But still, only Gautam Gambhir amongst all the commentators cared to celebrate it. Only rare websites published an article to put respect against Bhuvneshwar’s new-ball masterclass.

Gautam Gambhir layed stress on how teams should be the sole monster in the scheme of things and fans should stop their worship of individual heroes.

In the aforementioned setup, Gauti also asked the people not to celebrate individuals even in politics (including him) but the organization.