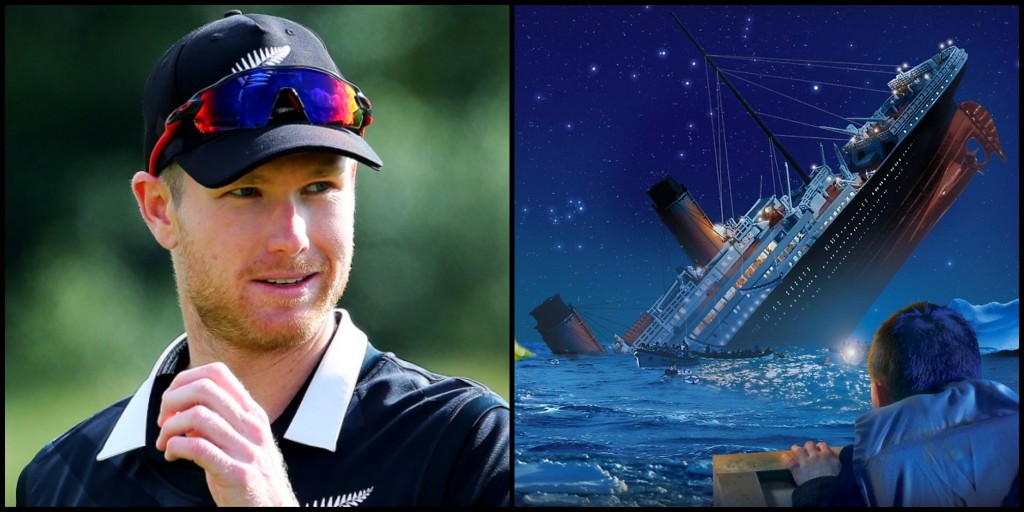 ICC had faced a lot of criticism after the 2019 World Cup final match. The super over was ended in a tie but still, England was declared as the winner, all thanks to the boundary counting rule. According, to this rule, the team scoring more boundaries throughout the match will be declared as the winner in case of the super over ends in a tie. Fans and New Zealand players including Jimmy Neesham had shared their disappointment following World Cup loss due to this rule.

After getting criticised, ICC had decided to rethink about this rule as it’s not the cricketing way to decide the winner. On Monday, ICC finally remove this rule from the book. Now according to the new rule, if an ODI or T20 world cup witnessed a tie super over, teams will play another super over and the process will continue until a clear winner is found.

However, New Zealand all-rounder Jimmy Neesham took a dig at ICC after they changed this rule. With his sarcastic tweet, he is telling that it’s too late as Titanic has already sunk. Neesham tweeted, “Next on the agenda: Better binoculars for the Ice spotters on the Titanic.”

Next on the agenda: Better binoculars for the Ice spotters on the Titanic https://t.co/nwUp4Ks3Mp

Jimmy Neesham could be the hero of New Zealand if the boundary counting rule didn’t exist. It was him who made New Zealand tied the Super Over. He played 5 balls in Jofra Archer’s super over and scored 13 runs. Martin Guptill faced the last ball when team needed 1 to tie and 2 to win. However, England would still win even after the match would tie as they had more boundaries. And the same happened, Guptill failed to complete the second run as he fell a yard short and run-out at the keeper’s end.

England’s Ben Stokes had singlehandedly changed the course of the match. Ben Stokes scored 84 not out and took England to Super Over from a losing position. He was named man of the match for his stellar performance.