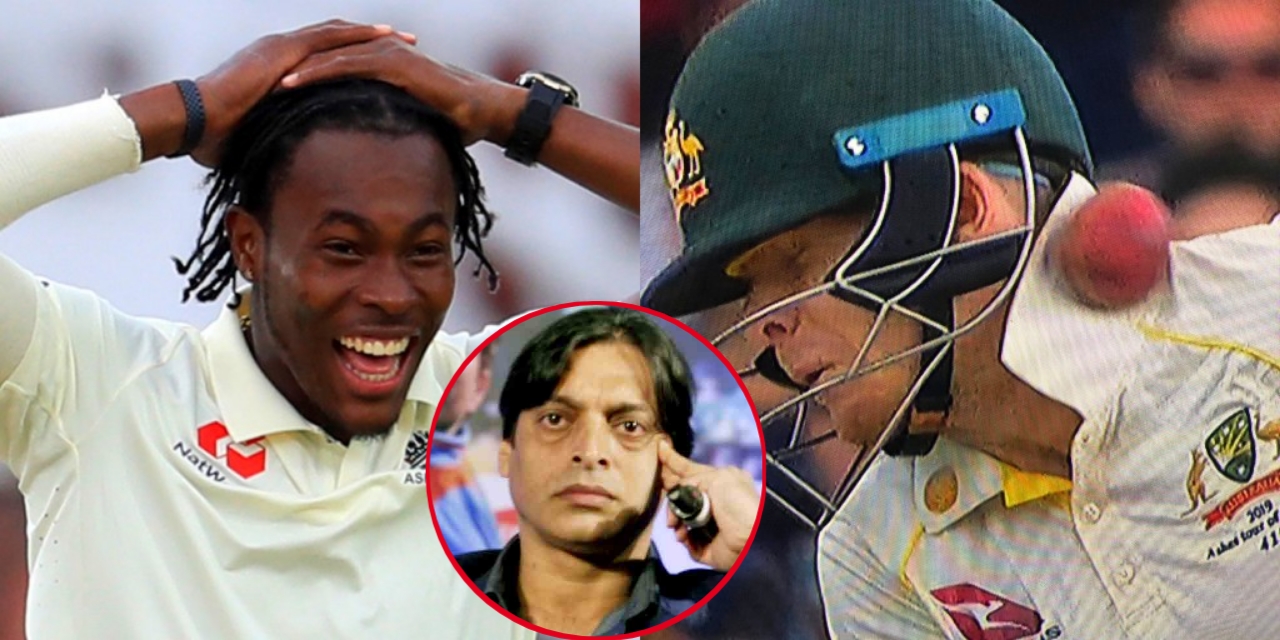 Steve Smith was heading towards his third consecutive hundred in Ashes 2019, but a Jofra Archer’s bouncer floored him when he was on 80. Smith was immediately on the ground after the lethal delivery hit him on his neck. Jofra Archer was clearly the winner in the battle against Smith as he made the Australian batsman play on the back foot.

Before this, Smith already had faced another injury during the innings against Archer. Smith tried to duck one of the bouncers but ended up taking the blow on his arm. But as we know that the head injuries are always dangerous than a limb injury. So after the blow, Smith forced to leave the crease.

However, during the onfield treatment of Smith, Archer and his fellow cricketer Jos Buttler spotted laughing. Also when Smith left the ground after retiring hurt, some of the English fans booed him. This behaviour of English fans and especially of English players faced criticism from supporters of the Australian team.

Former Aussie bowler Mitchell Johnson expressed his disappointment over the crowd booing Smith. He said, “You can boo him when he comes out to bat at the start of innings, but seeing him getting booed when he came back out after being struck by Archer, that was disappointing. The fans that booed Smith are not cricket fans according to me”.

Also former Pakistani speedster Shoaib Akhtar hated Archer’s behaviour of not checking Smith after his bouncer knock-out him. “Bouncers are a part & parcel of the game but whenever a bowler hits a batsman on the head and he falls, courtesy requires that the bowler must go & check on him. It was not nice of Archer to just walk away while Smith was in pain. I was always the first one to run to the batsman,”

Although, Smith returned to bat after the fall of 7th wicket and remained unlucky as he missed his third consecutive hundred by 8 runs. But, despite being booed by the crowd and making a test comeback after 16 months, once again he has earned the tag of best test cricketer of the era. Also, Archer enjoyed a decent test debut as he bagged 2 wickets in his economical spell. He bowled 29 overs out of which 11 were maidens and conceded 59 runs. Here below are the reactions of fans on Archer and Buttler laughing on Smith.

6 short balls in an over and a half. Where did you think this was going to end up Archer?

And you’re cracking up laughing.

Jofra Archer not checking on Steve Smith after the nasty blow on the latter’s neck but laughing instead,says a lot about him as a sportsman.
I hope,he gets a taste of own medicine soon.

Disrespectful @JofraArcher behaviour. Hope you breakdown and have others laughing at you. #flog

OK, I’m going to give @JofraArcher the benefit of the doubt; maybe he was laughing about something else when he felled #SteveSmith. Not happy with Eng fans who continue to boo Smith even after his heroics. Move on! #Ashes19