Johannesburg and Durban meet in the 22nd match of the ongoing SA20 league. 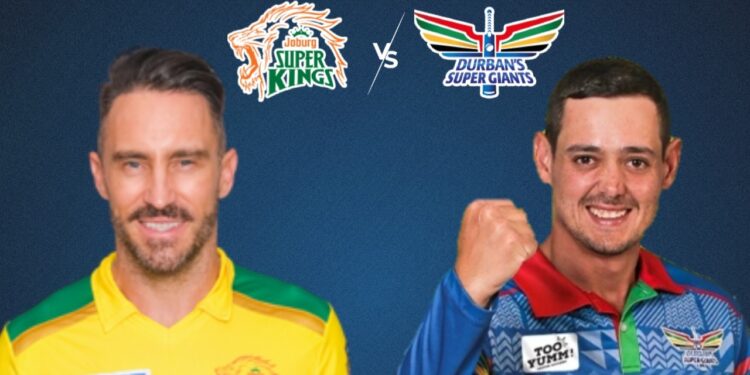 JOH and DUR will lock horns with each other in match number 22 of the South African T20 league this match will be played at The Wanderers Stadium, Johannesburg, South Africa. JOH beat EAC team by 5 wickets in their previous match And registered their third win in tournament JOH team is at 5th place in point table with 12 point in 6 matches DUR team recently faced a significant loss against EAC team, losing by 124 runs.

This loss puts them in a difficult position in the tournament and they will need to perform well in their upcoming match against JOH in order to keep their hopes alive. The match against JOH is crucial for DUR as they are currently in last place in the point table with 8 points in 6 matches.

JOH team had a strong performance in their last match against EAC, restricting them to a total of 128 runs thanks to the superb bowling of Gerald Coetzee and Aaron Phangiso, who both took 4 wickets each. Aaron Phangiso is now the highest wicket-taker for the JOH team in the tournament. Despite the strong bowling performance, JOH team struggled with their batting and were able to chase down the target with the help of Leus du Plooy and Faf du Plessis.

The JOH team is concerned about the poor performance of other batsmen. In this match against DUR, JOH team will try to further strengthen their position in the tournament and will hope for better batting performance from all the players.

Despite having big names in the team, DUR has proven to be the weakest team in the tournament so far. In their last match against EAC, the whole team was all out at just 86 runs, highlighting their poor batting performance. Additionally, the bowlers also performed poorly, allowing EAC to score over 200 runs.

To keep their hopes alive in the tournament, DUR will need to figure out the main reason for their poor performance and make necessary adjustments. The team is expecting better performance from experienced players like Quinton de Kock, Jason Holder, and Keshav Maharaj. These players will have to step up and lead the team to a crucial win against JOH

The JOH vs DUR match is set to take on The Wanderers Stadium, Johannesburg, South Africa. This Ground is known for providing assistance to both batsmen and bowlers, and it appears that fast bowlers particularly benefit from the conditions early on in the match.

It’s also interesting to note that, in the 27 T20 matches that have been played at this ground, 13 of them have been won by the team that ball first. This suggests that it can be beneficial to the ball first at this ground. The average score at this ground is around 143-170 runs, which is a good target to aim for if you are batting first. 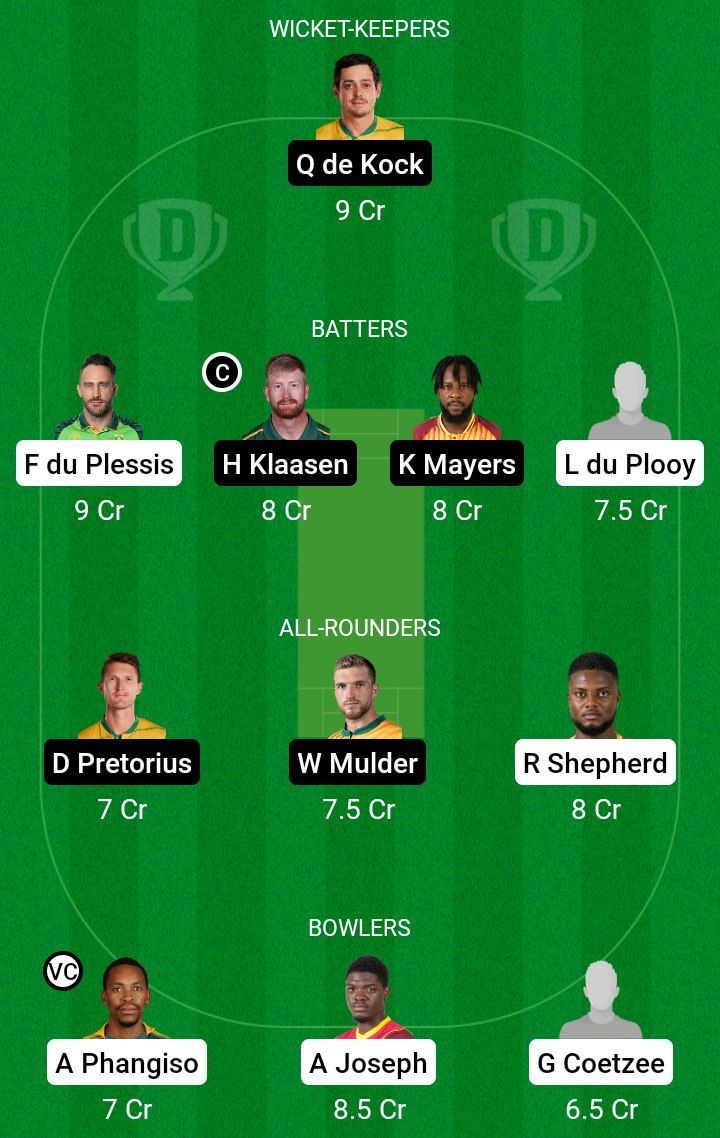 You can take D Ferreira/J Holder in place of W Mulder.