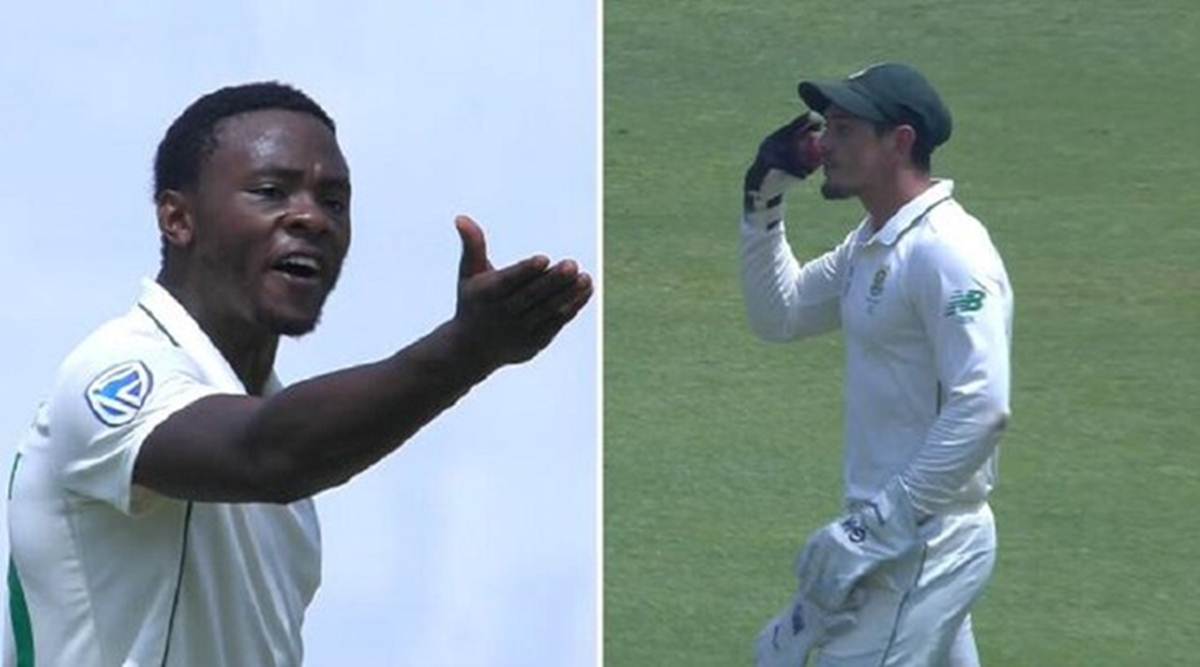 Currently, India is at a very good position in the 2nd test against South Africa. India posted a mammoth total of 601 runs in the first innings. Indian skipper Virat Kohli made unbeaten 254 which is his 7th test double century, making him the first Indian to reach the milestone. Mayank Agarwal also scored his 2nd ton during the innings while Ravindra Jadeja missed his century by just 9 runs. Jadeja departed scoring a quick knock of 91 in 104 balls.

After bowling failure in the first innings, South Africa’s batting department is also struggling. At the end of the second day, they had lost their 3 wickets on 36 runs. We witness some odds between South Africa’s star players Kagiso Rabada and Quinton de Kock during India’s innings.

The incident happened when Ravindra Jadeja defended the ball and it rolled over to Kagiso Rabada. Frustrated bowler threw the ball back to the keeper without noticing his position. But wicket-keeper de Kock was not expecting the throw so he showed a late reaction when picking the ball. Rabada outburst on de Kock as both batsmen stole the runs between this.

Quinton de Kock too hits back at the bowler as he felt it was an unnecessary throw. South African captain Faf du Plessis was seen having a talk with Rabada after the blunder. However, Kagiso Rabada was the only pacer who got wickets in the innings. He picked 3 wickets in his spell of 30 overs.

Currently, visitors are 565 runs behind the hosts. 3rd day gonna be tough for them as Indian spinners will definitely get help from the pitch. Also, Umesh Yadav will look to carry forward the momentum that he gets today. Yadav picked two wickets in his 4-over spell today. Theunis de Bruyn and Anrich Nortje will start the 3rd day for them.