Punjab Kings and Sunrisers Hyderabad complained to BCCI and accused Lucknow-based frachise of 'poaching and pursuing' KL Rahul and Rashid Khan to leave their franchises. 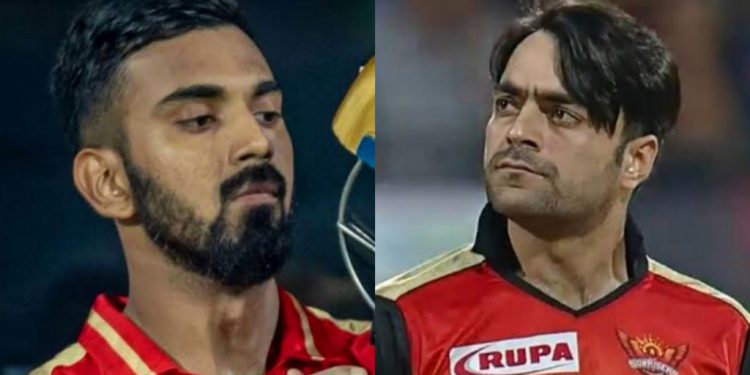 The Indian Premier League (IPL) 2022 will be a 10-team tournament with the addition of two new franchises from Lucknow and Ahmedabad. The existing teams will be announcing their list of retained players today, while the new franchises will then fill in a part of their squad from the released players.

The retention programme scheduled to happen today is expected to bring in a lot of drama with itself. The excitement of the fans has gone through the roof as they will finally get to know the name of the players retained by their favorite franchise. The programme has not started yet but still, we have news for you.

Reports have emerged that the Lucknow based franchise has gone against the rules and tried to ‘poach and pursue’ KL Rahul and Rashid Khan to leave their respective franchises. Punjab Kings and Sunrisers Hyderabad have complained to the Board of Control for Cricket in India (BCCI) regarding the matter.

This is not the first time IPL is rocked by such an incident. Ravindra Jadeja faced a one-year ban when he did not renew his contract with Rajasthan Royals and negotiated with other teams for higher pay. Rahul and Rashid may also suffer what Jadeja did in 2010 and can be banned from this year’s IPL.

For the unversed, Rahul and Rashid were not interested in renewing the contracts with their existing franchises. The two players have contributed significantly for Punjab Kings and Sunrisers Hyderabad and their departure will come out as a big blow to them.

“We haven’t received any letter but we have received a verbal complaint from two franchises about players poaching by Lucknow team. We are looking into it, and we will take appropriate action if it proves to be true,” a senior BCCI official said to InsideSport.

ALSO READ: ‘We have to discuss with Virat Kohli’ – Rahul Dravid speaks up on Ajinkya Rahane’s spot in Mumbai Test

“We don’t want to disturb the balance. You cannot avoid such things when there is fierce competition. But it’s not fair to the existing teams when they are trying to balance everything,” he added.