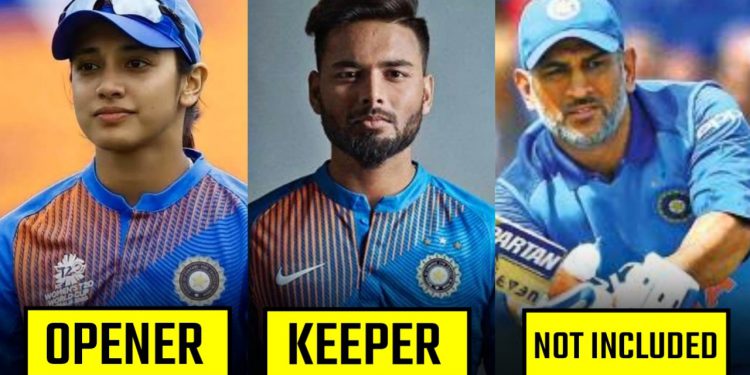 The popularity of men’s cricket in India is second to none however women’s cricket has started to gain attention of the country as the team has rose to prominence. The women’s team were runners-up in the 2017 World Cup and 2020 T20 World Cup, and have showcased their abilities. There are talks of women’s IPL  due to growing interest among the cricket fans for women’s cricket.

For a long time there have been requests by some of the organisation for a mixed-gender match. In the latest interaction, the former Indian cricketer Lalchand Rajput chose the players for a combined men’s and women’s Indian T20I team. Interestingly he left MS Dhoni out of his team.

In the latest interaction with CricTracker’s ‘Not Just Cricket’ show presented by Sky247, Rajput stated it would be exciting to get a combination of men’s and women’s teams in T20 cricket. Surprisingly Rajput left MS Dhoni out of his team despite the fact that he is the most successful captain in the games history.

The former cricketer picked Rohit Sharma and Smriti Mandhana for opening role. He picked Virat Kohli and KL Rahul for the number three and number four position, as both the player have brilliant track record in the T20 format. While Rishabh Pant is wicket-keeper of his team. In the all-rounder bracket, Rajput chose Hardik Pandya, he added that the player is in brilliant form and his performance as a captain of Gujrat Titans in the ongoing IPL is commendable.

He chose Ravindra Jadeja as the second all-rounder, as he brings much value to the Indian team. Jasprit Bumrah was his choice as the team’s lead pace bowler. From the women’s team, he picked experienced cricketers, Mithali Raj, Harmanpreet Kaur, Smriti Mandhana, and Jhulan Goswami.

“Hardik Pandya is a brilliant finisher, and now he has taken responsibility as well in IPL. Then I think Jadeja is a brilliant all-rounder and Bumrah, who is one of the best fast bowlers we’ve got at the moment,” said Rajput.

“I have chosen four players from the women’s team, and first will be Mithali Raj, then Harmanpreet Kaur is an explosive batter, and then Smriti Mandhana. The fourth one will be the fast bowler Jhulan Goswami,” he added.

ALSO READ: Amit Mishra reveals why MS Dhoni eats his bat before walking in to play