The Indian team lost the ODI series against South Africa and the head coach revealed who he missed. 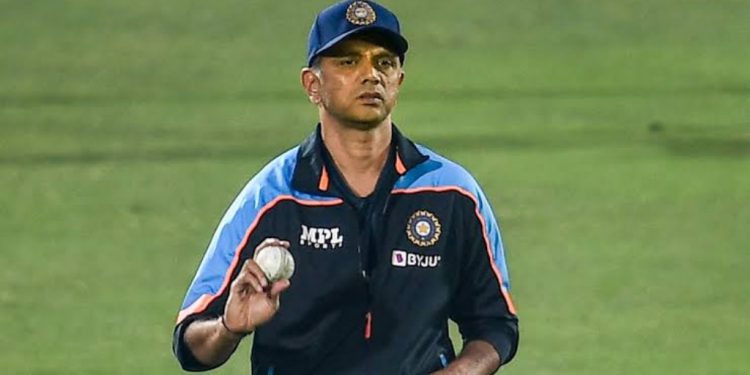 After showing their prowess in Australia and England, team India faltered in South Africa as they lost both Test and ODI series. While the team lost the Test series by 1-2, the Proteas completed a clean sweep in the ODI series. The Indian head coach Rahul Dravid admits that their ODI side is not balanced at the moment. He admitted that they missed their star players in the recently concluded ODI series.

The Indian team couldn’t perform collectively in the ODI series which resulted in the series loss eventually. There were performances from individuals, but combined effort was lacking which hurt the team big time in the series against South Africa. Rahul Dravid had no qualms in admitting that they are not balanced as an ODI side presently and miss players like Ravindra Jadeja and Hardik Pandya.

“I think if you are a little bit honest, some of the guys who help us balance the squad out and give us those all-round options at No. 6, 7 and 8 are probably not here, and available for selection,” said the Indian head coach. While Jadeja suffered a knee injury prior to the South Africa tour, Pandya has been out of the team to gain full fitness so that he can contribute with both bat and ball for the team. The Indian all-rounder has been struggling with a back injury and hasn’t bowled for the team whenever he was picked in the playing XI in the past.

“Hopefully, when they (Hardik and Jadeja) come back, it will give us a lot more depth, it allows us then to probably play in a slightly different style,” Dravid revealed which players he missed. Dravid also talked about KL Rahul’s captaincy and said that a captain can only do so much, but the players need to contribute to make one’s captaincy successful.

“I thought he did a good job. Not easy to be on the wrong side of the result. He is just starting out as captain and he will learn and a large part of captaincy is execution of skills by your players and the quality of the side you have got. We were a little bit short on the ODI side of things and I thought he did a very decent job.”

The Indian team is going to play their next ODI series against West Indies. The series will start on 06th February with the first ODI in Ahmedabad. The 3-match ODI series will be followed by a 3-match T20I series as well.