The India all-rounder had a witty reply on being compared with South Africa great Kallis. 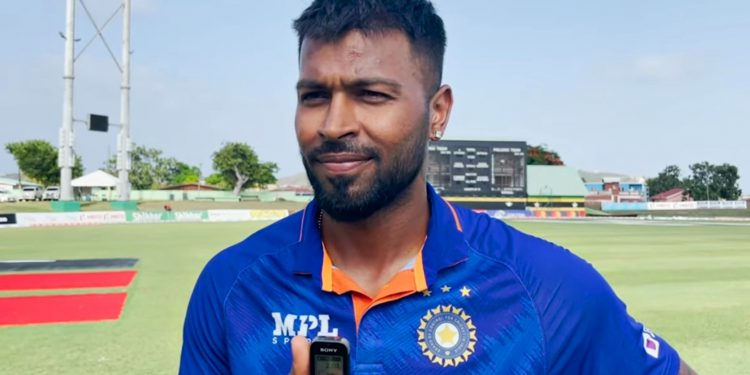 India all-rounder Hardik Pandya has been in a rich vein of form in recent times. Ever since making his comeback from a potentially career-ending back-injury, Hardik has been riding high on confidence, which has manifested in all aspects of his game.

Hardik high on confidence since his comeback

Most notably, Hardik was able to lead his IPL franchise, the Gujarat Titans, to their maiden title in their inaugural season itself. Since then, there has been no looking back for the 28-year-old mercurial team India star. In fact, in the months that followed, Hardik went on to make his captaincy debut for the national team and also starred as the player of the series in the ODIs against England.

Pundits all around the world have heaped praises on Hardik’s second-coming as one of the finest modern-day all-rounders. The most recent among them was Australia legend Glenn McGrath, who labelled him a ‘luxury’ player.

Hardik, on his part, has expressed multiple times his desire to emulate South African legendary all-rounder Jacques Kallis. According to Hardik, he wants to do ‘everything for his national team’, just as Kallis did back when he played for South Africa.

‘Want to do everything for India, like Jacques Kallis did for South Africa’- Hardik

This quote of Hardik has been somewhat overused by journalists, who keep making frequent comparisons between Hardik and the former South Africa great. In a recent virtual press conference, a journalist asked Hardik whether he thinks he has been able to make a name for himself and become the Hardik Pandya of India.

The chill and candid Hardik had a perfect reply that was enough to even make the journalist laugh. “Aap bate sakte hai sir, mujhe toh nahi pata. Mera to naam hi Hardik Pandya hai toh banne ki zarurat nahi hai Hardik. (You can tell that, sir. I don’t know. My name is already Hardik so I don’t need to become one)”.