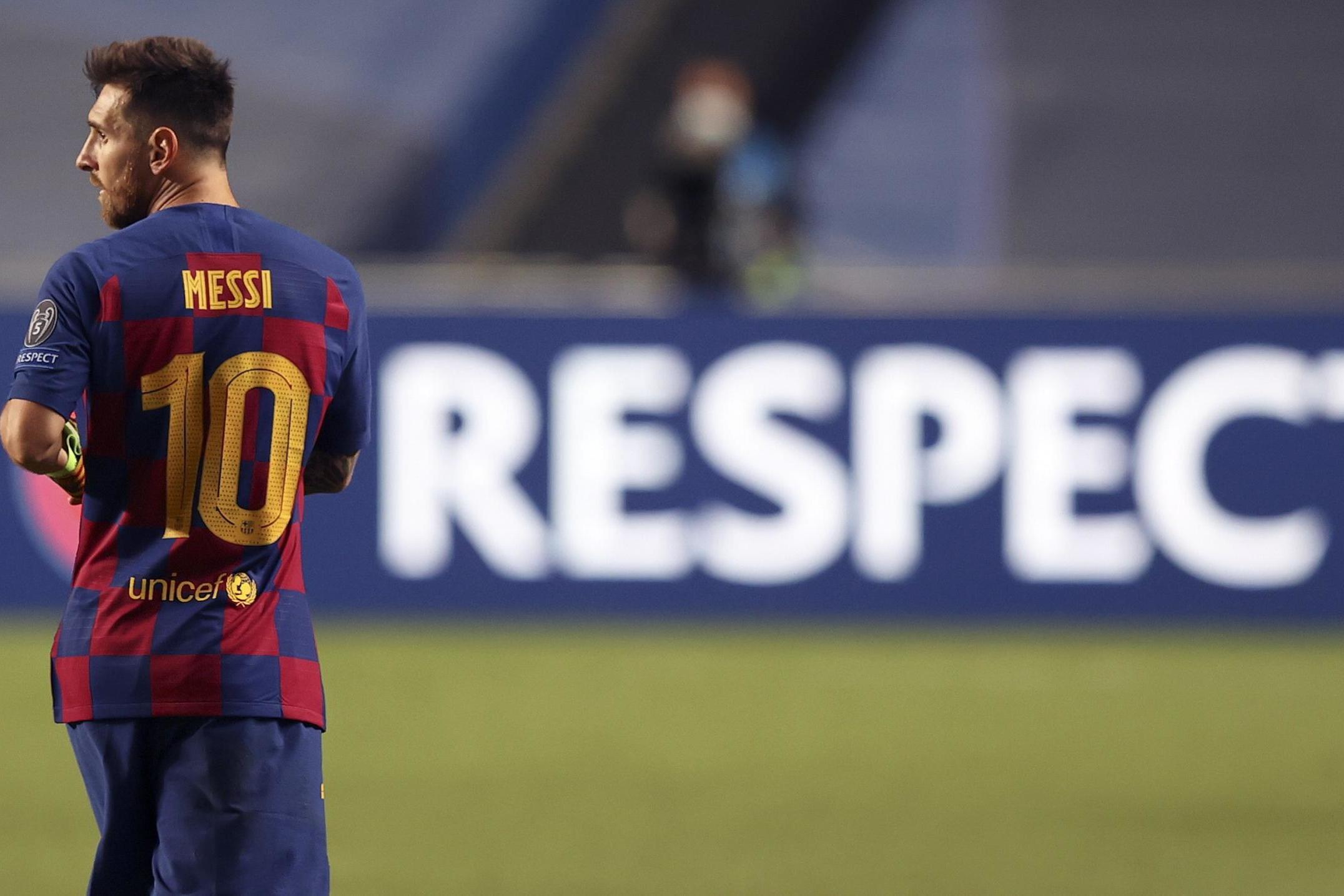 Messi Team vs Bayern: Barca captain records biggest loss of his career: Bayern Munich 8 – 2 FC Barcelona! Well, that’s the scoreline at the end of the quarter-final clash between Bayern Munich and FC Barcelona played at the Estádio da Luz last evening. At the end of it, Barca captain Lionel Messi had a night to forget as it records the biggest loss of his career in terms of the final score. In 8-2, it’s a humiliating defeat at any professional level of football and probably the heaviest for Messi in his entire career, be it for club or country.

Bayern Munich Score 8 Past FC Barcelona
The German giants were off the block right from the start. They opened the scoring as early as the 4th minute through Thomas Mueller. Although Barca did managed to equalize quickly through a David Alaba own goal, Munich kept the pressure mounting. Mueller’s brace along with goals from Ivan Perisic and Serge Gnabry saw the Bundesliga champs race to a 4-1 lead at half time.

If there ever was a Barca comeback on the cards, they’d require to outplay the Germans who had firmly grounded their foot on the tie. Luis Suarez did manage to pull back the score to 2-4 but thereafter, it was Bayern’s supremacy that took center stage. They managed to find the back of the net at regular intervals especially in the closing minutes of the game. An unstoppable run from Alaba on the left to get as close to the Barca goal and then tee up Joshua Kimmich for a simple tap in was the creme of Bayern’s class. Former Barcelona man Philipe Coutinho who came on as a sub towards the end added a brace as Bayern ended the night 8-2 winners, and a spot in the semi finals.

The Loss, A Record in Messi’s Career (Messi Team vs Bayern)
The 8-2 loss leaves Barca captain Messi with a record loss to his name, one which also puts a question mark over his prowess at the Catalan club to take them to another Champions League crown. A scoreline not even Bayern Munich had seen coming when the quarter finals was drawn.

As a team, FC Barcelona have a daunting task to overcome; age factor being one of them. With a majority of the players over 31 years of age, they need to look for young energetic force in the line-up. Something that could add to the potentials of talents in Ansu Fati and N Semedo. It’s time for FCB to regroup.