4670 crore rupees has been spent to buy 5 Women IPL teams. Adani Group has spent the most for Ahmedabad team. 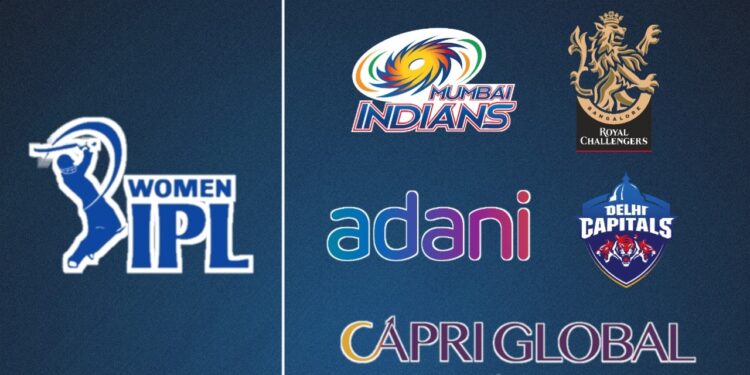 5 teams will participate in the WPL 2023

The tournament will feature 5 teams across the country. WIPL 2023 is expected to begin in March and will be concluded by the end of April. Each franchise will consist of 6 overseas players and total squad strength of 19 members.

The bidding for the ownership of the WIPL Franchise saw some big corporate giants of India coming in to buy a team in the tournament. Men IPL franchise owners like Royal Challengers Banglore, Mumbai Indians, Rajasthan Royals, Sunriseres Hyderabad, Delhi Capitals, and Kolkata Knight Riders were also participating in the race.

A look at the Five franchises with ownership rights for #WPL pic.twitter.com/ryF7W1BvHH

Indiawin Sports Pvt. ltd wins the bid for the Mumbai franchise in WIPL

The owners of Mumbai Indians have sealed the ownership of the Mumbai franchise in WIPL as well. Indiawin won the bid for 912 Crore INR and is the second most expensive among all five.

RCB confirmed as the owner of the Bengaluru franchise in WIPL

The Royal Challengers closed the bid on 901 crores to own the Bengaluru franchise. The owners of RCB were already confident and ready to seal the deal at any cost as they look it as a great business strategy.

Delhi Capitals are also among the 5 owners of the franchises. They sealed the capital city franchise at 810 Crore INR.

ALSO READ: 5 Players who can be the Most Expensive in WIPL 2023 Auction

The Maharastra-based company has sealed the rights of the franchise. Capri Global was already eying to participate in the IPL and WIPL as the company sees the league as a huge marketing boost.