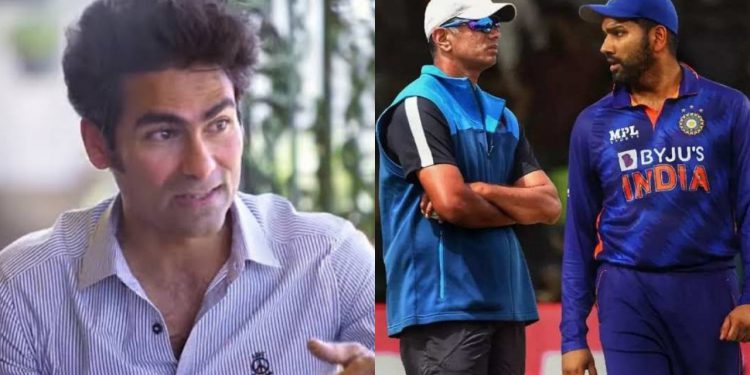 As team India prepares for the upcoming T20 World Cup which is scheduled to begin in October in Australia, they have been trying different things at the top of the order. Another of team India’s unique moves were seen in the first T20I against West Indies where they opened with Suryakumar Yadav. This was definitely a surprise for many and Mohammad Kaif slams Rohit Sharma and Rahul Dravid for the same.

The Indian think tank had tried Rishabh Pant as an opener in the T20I series against England, however, the explosive batsman failed to create magic with his bat. Before Pant, the team has tried many other batsmen to accompany Rohit as the opener, but Suryakumar, who is known for his skills in the middle order, coming into bat as an opener amazed many. The move wasn’t appreciated by a section and Mohammad Kaif slammed Rohit and Dravid.

Rishabh Pant has been phenomenal in red-ball cricket, but the batsman stills need to improve his shorter format stats. He was tried as an opener but only after two games, he was replaced by Suryakumar who came in to open with Rohit in the first T20I vs WI. Mohammad Kaif slams the Indian captain and coach for not giving enough opportunities for Pant to thrive if at all they were looking at him as the potential opener for the impending World Cup.

“Whatever it was, I completely failed to understand it. You ought to have used Rishabh Pant today if you were planning to use him as the opener for a couple of games. Give him five chances at least. In addition, Rohit Sharma, the captain, and Rahul Dravid, the coach, support the players for at least 5-6 games,” Mohammad Kaif slams the Indian captain and coach while talking to FanCode.

Also Read: ‘You were in nappies when he made his debut’ – Indian fans slam Marnus Labuschagne for his reply to Sachin Tendulkar

It is noteworthy that team India has tried as many as 7 opening batsmen this year. Ishan Kishan has featured the most number of times with Rohit and has returned good stats. It is to be seen who actually opens for the Indian team when the marquee event starts. As for now, it seems that the constant experimentation will continue until the T20 World Cup.