The former Indian captain reached England for a special occasion where his family is already on a vacation. 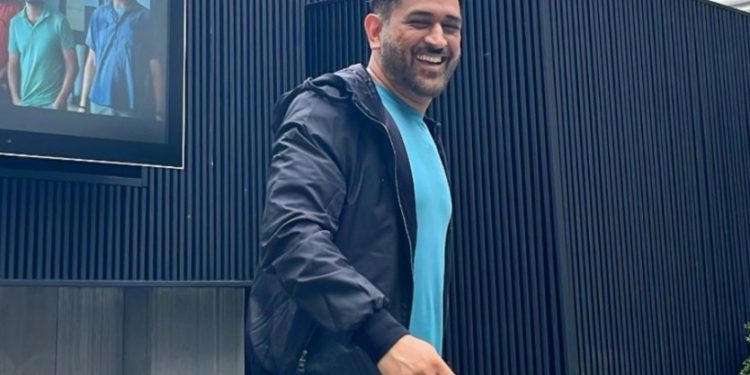 Team India is dictating the terms in the ongoing rescheduled 5th Test match against England, who were first dominated by Rishabh Pant and Ravindra Jadeja and then Bumrah dented their first inning with immaculate bowling. While the Indian team is giving their best to win the match, former Indian captain MS Dhoni arrives in England for a special occasion.

MS Dhoni is the most successful captain the Indian team has ever seen. In fact, he is the only captain in international cricket who has won all the three major ICC trophies. The skipper retired from international cricket in the year 2020, post which he has only appeared in the Indian Premier League. According to the latest news, MS Dhoni arrives in England for a personal occasion.

Dhoni’s wife Sakshi Dhoni posted some pictures of MS Dhoni on her social media account. Dhoni’s family is on a vacation in England and the former star captain has reached also for celebrating his birthday. Dhoni is going to turn 41 on 07th July and he is going to celebrate this occasion with his family in England. Dhoni was last seen in the 15th edition of the IPL where he captained Chennai Super Kings.

Chennai Super Kings failed miserably in the last season of the IPL as they ended on 9th position on the points table. The fans witnessed a lot of confusion as far as CSK’s captaincy was concerned. Just before the start of the tournament, Jadeja was appointed as the new captain but that proved to be disastrous for the team and later, Dhoni had to come back as the captain but things didn’t change for the team.

After retirement, Dhoni has spent a lot of quality time with his family and is now going to celebrate his 41st birthday abroad. The CSK fans would want the seasoned campaigner to come back in yellow jersey and inspire his team a better performance in the 16th edition of the Indian Premier League.