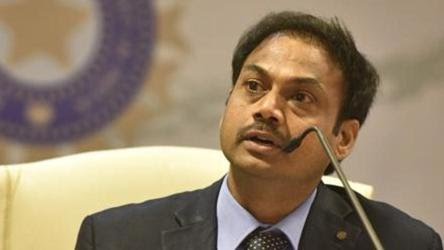 On Thursday, Controversy has arisen over a statement by former India wicket-keeper batsman Farukh Engineer. Farukh has given a statement in an interview that he had seen Indian selectors offering tea to Anushka Sharma during the World Cup 2019. Meanwhile, he has also added that current selectors of the Indian team are not capable of selectors job.

This is not the first time that India selectors are facing criticism. MSK Prasad’s team India selection committee has faced a lot of criticism in the past two years. They have made some of the more bizarre decisions in their tenure which have made fans annoyed. Some feel that MSK Prasad’s committee is biased towards some players.

However, when former cricketer Farukh Engineer had made the statement against the selection committee, he has used the name of team India skipper’s wife Anushka Sharma. And over this Anushka Sharma got angry and as soon as she had seen the Farukh’s statement, Anushka comes up with an epic reply to him through social media.

When Farukh Engineer got the news of Anushka Sharma to get angry over his comment. Farokh apologizes to Anushka Sharma and said he was to take on Indian selectors. “I just said it in jest and a mountain is being made out of a molehill. Poor Anushka has been dragged into it, she is a lovely girl. Virat Kohli is a brilliant captain and coach Ravi Shastri is extremely good”, Farukh said.

MSK Prasad Furious Over Farukh Engineer, Removed His Anger Like This

“I feel sad for someone deriving sadistic pleasure out of indulging in petty talk, thereby demeaning & disrespecting the selectors and wife of Indian captain through false and frivolous allegations,” an angry Prasad told PTI on Thursday.