West Indies tour of Pakistan will start with the T20I series, consisting of three matches. 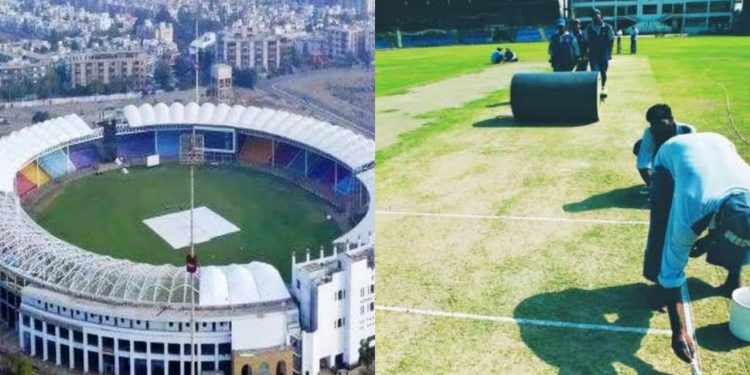 In a historic tour, West Indies will be up against Pakistan in a three-match T20I series followed by three ODIs. All the games will be played at National Stadium, Karachi, with the first match scheduled on 13th December. Watch out for the article to know about the Karachi stadium pitch report and other relevant statistics.

The tour marks West Indies’ first appearance to Pakistan since 2018, in which they lost all the T20I matches. This time as well they will play in the absence of their star players namely Shimron Hetmyer, Andre Russell and Evin Lewis. As cricket returns to Pakistan, the fans there are eagerly waiting for the tour to commence.

With only 4 four international T20s played at the venue, the record shows that the side batting first has won most of the matches.

The sample size here is bigger than the T20Is. In 34 matches, side batting first has won 9 times, while side batting second has won 25 games.

The pitch at National Stadium, Karachi has a lot of runs on offer for the batsmen. As most of the matches record scores between 150-200, the track is traditionally supposed to favour the batters. Bowlers will get assistance in the early overs.

The temperature is forecasted to hover around 24°C during the match timing with 29% humidity and 9 km/hr wind speed. There are no chances of rain during the 1st T20I match.