Ravi Shastri served the Indian team as the head coach for four years from the year 2017 till his contract ended in they year 2021. 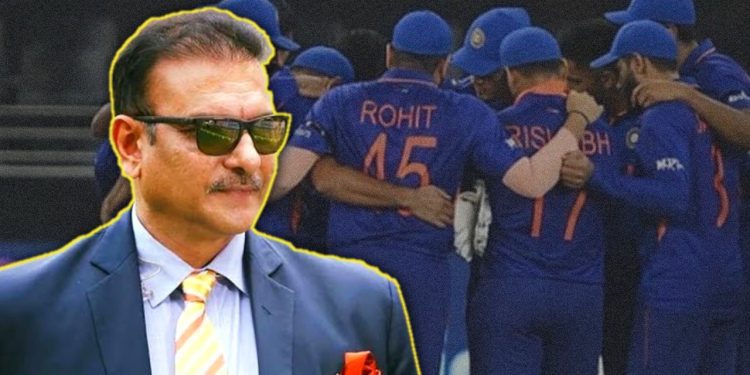 The 2021 edition of the T20 Men’s World Cup was a disastrous event for team India as they were eliminated in the first stage of the tournament. As the 2022 edition of the marquee event approaches, the Indian team will be looking to make amends and entertain fans with an improved performance. The T20 World Cup 2022 will be held in Australia this year and former head coach of Indian Ravi Shastri backs the selection of this pacer.

Ravi Shastri backs this pacer for the T20 World Cup

Ravi Shastri served the Indian team as the head coach for four years from July 2017 till his contract was over in the year 2021. The team touched many heights during his tenure as the head coach and now the former cricketer and coach has backed Khaleel Ahmed as the pacer who could be an asset for the team in the upcoming T20 World Cup which will commence from October 16th.

After a hiatus, Ravi Shastri made a comeback as a commentator in the IPL and during one of the clashes, he expressed how it would be helpful for the Indian team to have a left-handed bowler. He shared that having a bowler of a different skillset will be good for the team. On being asked by a fellow commentator about his choices for a left-arm pacer for the Indian team, he put in the names of T Natarajan, Arshdeep Singh, and Mukesh Choudhary.

However, Ravi Shastri backed the left-arm pacer Khaleel Ahmed as his choice for the T20 World Cup. Khaleel made his T20 debut against West Indies in the year 2018, but had to sit out later owing to his constant injuries. It will be interesting to see the combination of the team ahead of the T20 World Cup. The selectors will be keeping a close eye on the youngsters currently playing in the ongoing edition of the Indian Premier League.