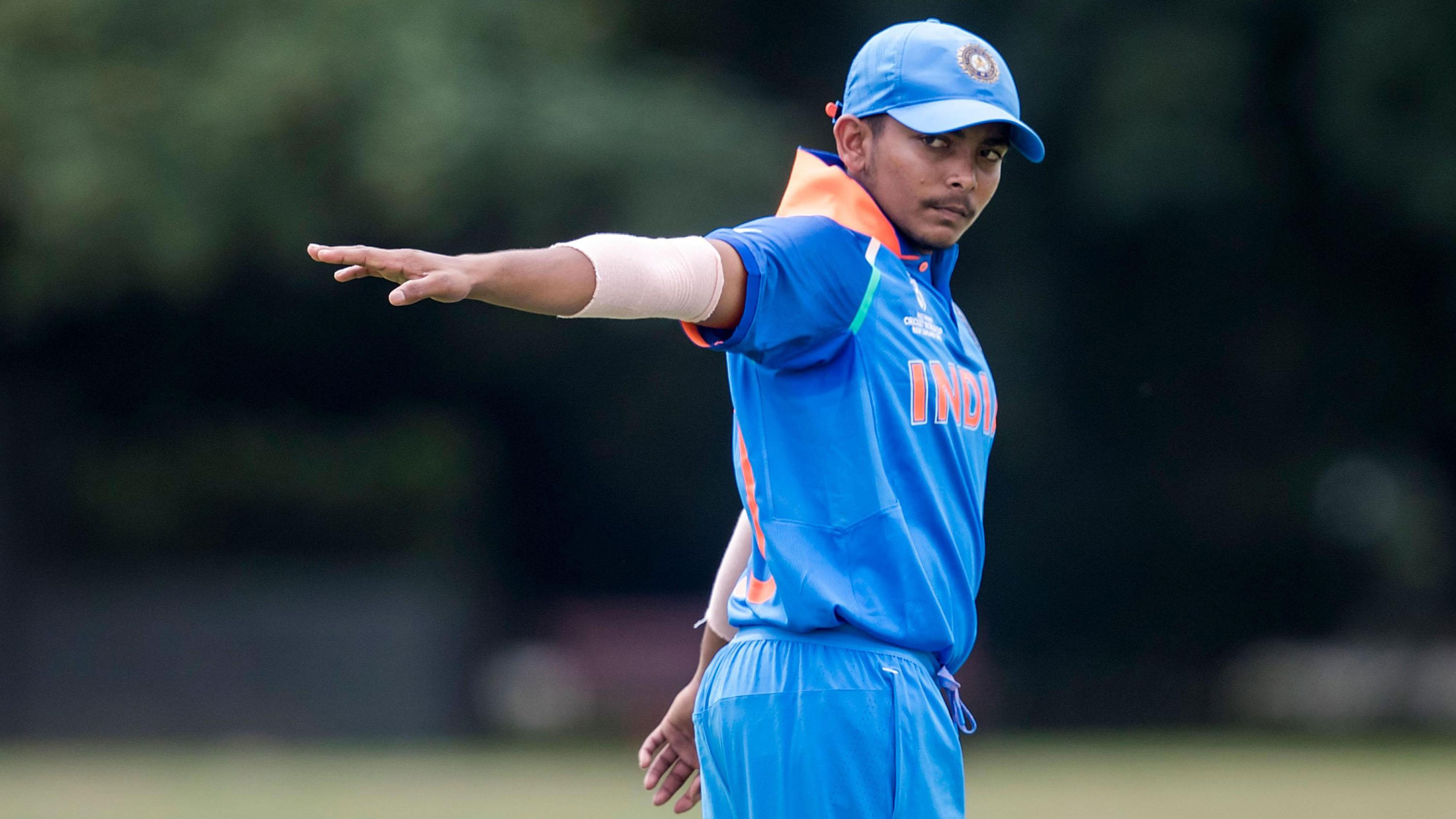 U19 World Cup 2018 winning captain Prithvi Shaw who is believed to be the future star of the Indian team, is currently facing bad time in career. Recently, the Indian cricket board has suspended Shaw for 8 months for a doping violation.

According to Times Of India reports Teenager has been hit by mental depression after the ban. Now Shaw has left the country till his ban period to stay away from all the noise. He left for England and will live there to forget what happened in the last one month. From 15th November Shaw will be eligible to play.

BCCI has stated that Prithvi Shaw had provided his urine sample for anti-doping test during Syed Mushtaq Ali Trophy in February. Terbutaline, a substance which is banned by WADA (World Anti-doping Agency) was found in Shaw’s sample. This substance usually uses in cough syrups. After which BCCI handed him an 8-month ban which will end on November.

ALSO READ: All You Need To Know About Smart Cricket Balls

Following this Shaw had written on Twitter that the ban has shaken him but he needs to be strong. He admitted that he had without intention consumed the banned substance. He wrote, “This is in the light of a prohibited substance present in the cough syrup which I inadvertently took when I had severe cough and cold while playing in Syed Mushtaq Ali tournament in Indore in February”.

People always compare Shaw with his idol Sachin Tendulkar. Like Sachin, he too has gained the popularity as a teenager. He has a short but impacting career. At the age of 19, he has many first-class hundreds in his name. On test debut last year Shaw smashed hundred against West Indies. He led India to U19 World Cup win in 2018 after which he got maiden IPL contract and has done quite well in two seasons for Delhi Capitals.