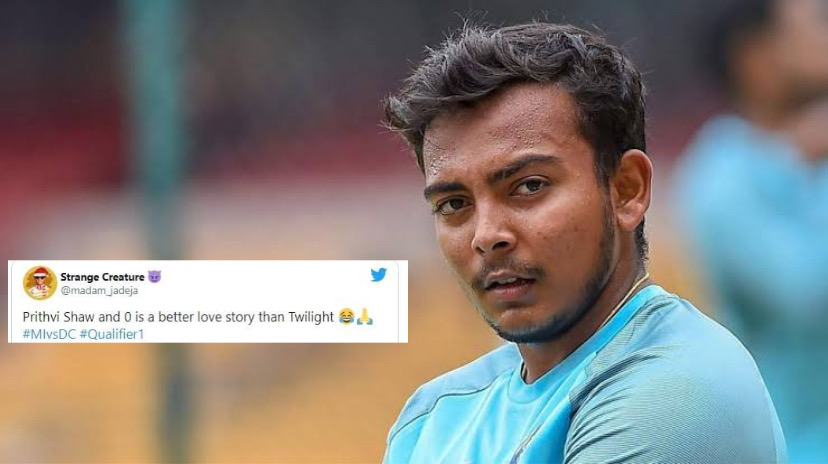 Indian youngster Prithvi Shaw and his current form nowadays become a hot topic for social media memes. Since a long time, Prithvi Shaw has not performed up to the mark. Before the start of the 4 matches test series between India and Australia, Shaw could manage to score only 62 runs in four-inning of practice matches played against Australia A.

However, still, Indian Team management shows faith in him and picked him up, ahead of KL Rahul and Shubhman Gill, for the first test match at Adelaide against Australia. But Shaw failed to make a significant contribution once again and got out 0 and 4 in the two-inning respectively.

Prithvi Shaw Memes On Social Media Gets Trending After His Performance

Since Prithvi Shaw failed to contribute in the first test match against Australia and also team India got all out for only 36 runs, Prithvi is getting trolled on social media platforms brutally. Even cricket-world big names are suggesting that Team India should drop him now for the rest of the series.

Well, a lot of criticisms have followed Shaw’s way.  The 21-year-old batsman Prithvi Shaw is brutally trolled on the internet platform with the help some funny memes or other content. Now after getting trolled, Indian opening batsman shared his views with help of an Instagram Story. His message on Instagram clears what he meant by it.

He wrote, “If sometimes people demotivate you for something you try to do, that means you can do that but they can’t.” 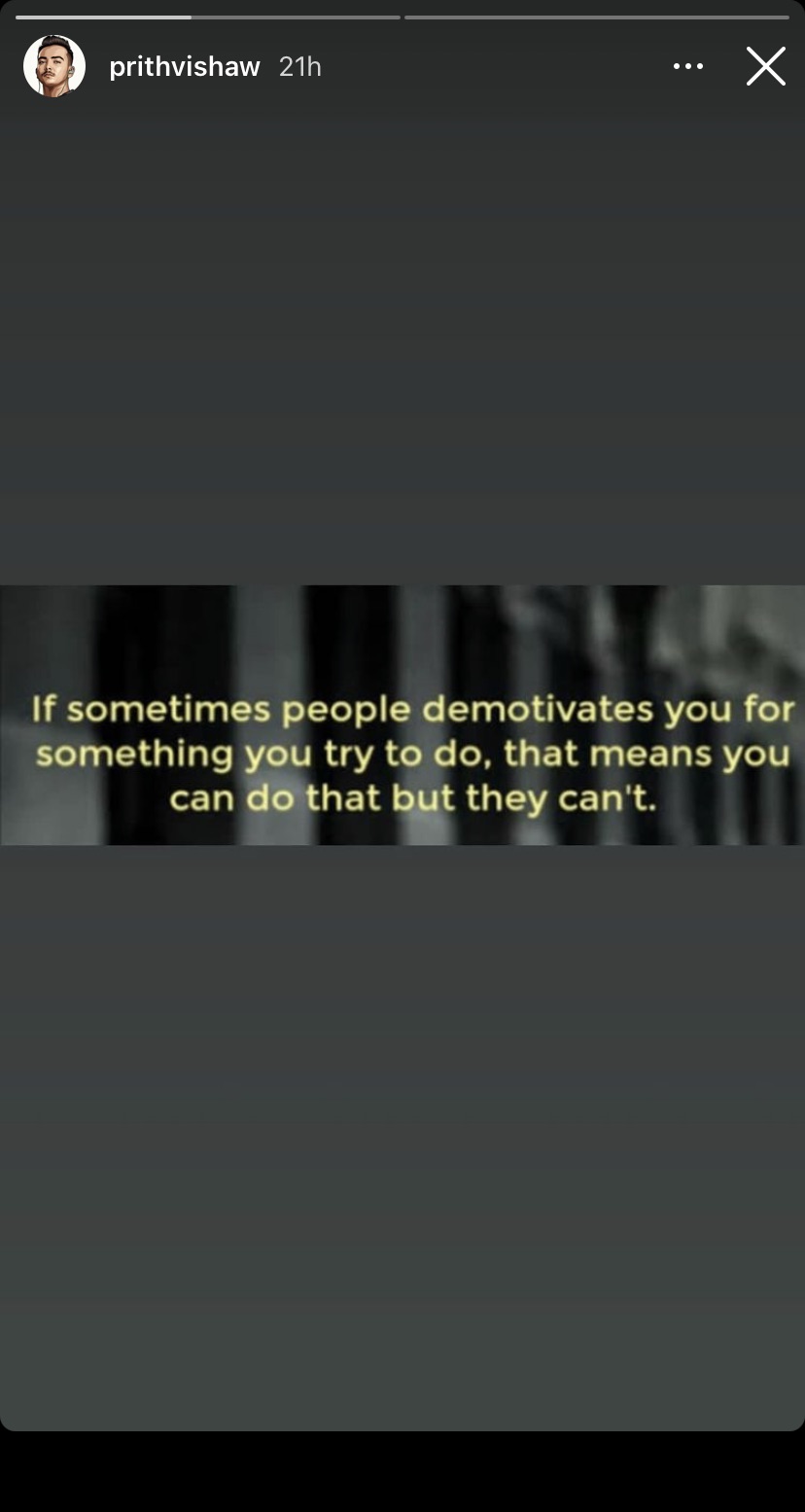 The Boxing Day Test match is all set to start between Australia and India. On 26th December, Australia will take India in the second test match of the ongoing series at Sydney Cricket Ground. Ajinkya Rahane will lead Indian team as Virat Kohli is off duty for personal reasons.