Priyank Panchal: Everything you need to know about Rohit Sharma’s replacement for SA Tests

Rohit Sharma has sustained another injury and he will be missing the test series against South Africa. 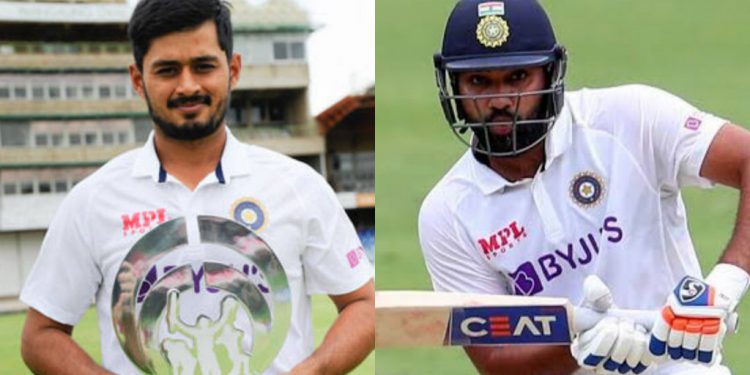 Virat Kohli’s men are all set to tour South Africa for a three-match long test series, commencing December 26. But before his team could even leave for the tour, they’ve suffered a big setback. Opening batter Rohit Sharma has been ruled out of contention for all 3 tests. Rohit’s nagging hamstring is back to haunt him again and he will be out of action for atleast four weeks. He also copped a hit on his hand in a recent training session.

But as it is said, one man’s loss is another man’s gain. Here, Priyank Panchal is the set to gain big. He has been roped in as Rohit’s like-for-lielike-for-lik replacement. He will be the part of the international team for the first time ever. Here’s all you need to know about the lad.

Everything you should know about Priyank Panchal

Panchal was born in ahmedabad on 9 april 1990. That makes him 31-year-old at this time. Most players are international veterans by this age.

In a stark contrast, Priyank Panchal hasn’t even made his int’l debut. However, he is still a veteran. He has already played 100 First-Class games and has 7011 runs against his name. These include 24 hundreds and fifties apiece.

Panchal’s breakout season came multiple years ago when he scored 1310 runs in 2016/17 Ranji Trophy. In that season, he smoked 314 against Punjab with which Panchal became the first Gujrat player owning a triple century. 2018/19 season witnessed Priyank knocking the door owing to a run tally worth 898 at an average touching 60.

Talking about more recent performances, Panchal was absolutely brilliant while leading Gujrat in SMAT 2021. He carried his team to the quarter-finals, totalling about 185 runs from 5 games and captaining as well as anyone else. Panchal missed the tourney’s knockouts after he was declared as India-A skipper for their tour of RSA’s capital-city: Bloemfontein.

During the tour, he again justified his talent enroute a ninety-four run knock. It appears that his brilliant showing during RSA tour is a major reason behind him being selected ahead of others.

“Priyank Panchal has been asked to report at the Mumbai team hotel tonight. Also because he recently played in South Africa and scored runs, he was asked to join,” said an anonymous official associated with India-A’s proceedings.

Priyank Panchal has put in the hard yards for about a decade now. Now, he finally gets picked to represent India internationally. Though it’s highly unlikely that Panchal will be a part of the starting eleven in any game, here’s hoping that he does really well if any chance happens to come by.