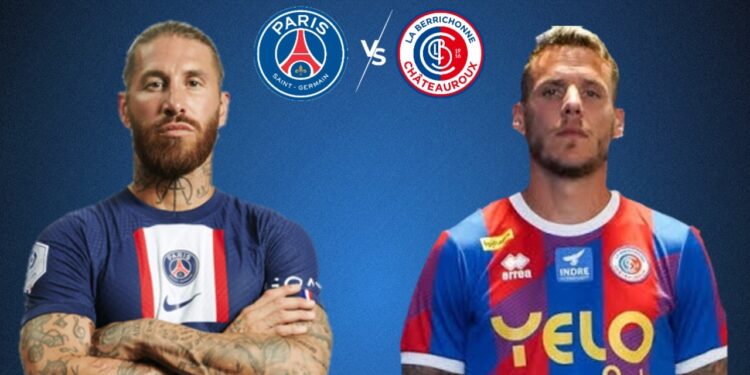 Paris Saint Germain FC will commence their Coupe de France 2022-23 campaign with the round-of-64 match against LB Châteauroux. The Paris-based club didn’t have a great start to the year 2023 as they faced their first defeat of the season against Lens. But today, PSG fans will be expecting an easy win against the team who plays in Division 3. PSG has a massive fan following in India, all thanks to superstars like Messi, Neymar, and Mbappe. Meanwhile, fans in India want to know where to watch the live telecast of the PSG vs Chateauroux French Cup match. Below, you can check the broadcast and streaming details of Coupe de France.

Lionel Messi who missed the last two Ligue 1 games after winning the World Cup is back in the club. However, the Argentine superstar has been rested for PSG’s French Cup game against Chateauroux who is considered as a weak team. This is why he will not travel with the team to Châteauroux city. Messi is expected to make a return on January 11 with League 1 game against Angers.

Kylian Mbappe and Neymar Jr who joined the club soon after the World Cup are also going to miss Friday’s game. The French striker is on holiday while Brazilian star Neymar needs some time to fully recover from the injury which he suffered during World Cup.

Unfortunately, no broadcaster in India has acquired the rights of Coupe de France. So no Indian TV channel will telecast PSG’s French Football Cup match vs Chateauroux. However, the game can be watched through streaming.

England-based OTT app DAZN is the platform where fans in India can watch live streaming of PSG vs Chateauroux clash. DAZN app can be downloaded from Google Play Store and Apple’s App Store. The monthly subscription of the app will cost you 69 rupees.

Paris Saint Germain have won Coupe de France most number of times (14). The most recent title win of PSG came in 2020-2021 while Nantes are the defending champions who won 2021-22 season.