Jonny Bairstow registered a quickfire century before England were restricted on 284. 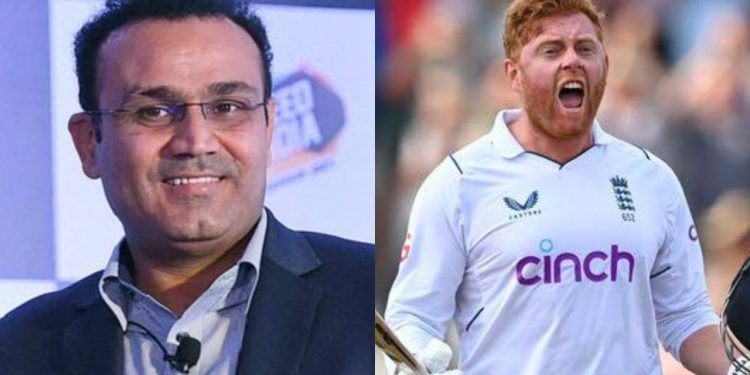 The third day of the ongoing India-England test match saw plenty of momentum fluctuating between the two sides. Following a rather dismal batting performance on the first day, the hosts came back strongly to reduce the deficit by a significant margin; until the Jasprit Bumrah led Indian outfit rediscovered their discipline in bowling and stuck in rapid succession to make short work of the English tail.

The highlight of the day was Jonny Bairstow, who single-handedly enabled a bruised and battered England side to make a comeback of sorts on the back of a brilliant century. Bairstow’s performance can, in part, be attributed to the fine run of form that he has been in lately. This was his third hundred in as many matches and the fifth one overall in this year. Clearly, his natural game plan of attacking has flourished under the new leadership of Ben Stokes and Brendon McCullum.

There are others, however, who’ve speculated that YJB’s spectacular century against India today was spurred by none other than the former Indian skipper, Virat Kohli himself. Early at the start of day 3, Kohli was seen having an animated discussion with Bairstow on the crease. From whatever little could be heard, Kohli allegedly spurred the English batter by saying, “Little bit faster than Southee, heh?”.

For context, Bairstow and the English batters were found struggling against the pace and bounce of the Indian bowling quartet. Bairstow himself, at the time when Kohli sledged him, was playing at 16 runs off 65 balls. So by provoking him on his inability to score runs against quality fast-bowling, Kohli was clearly trying to get under his skin.

But as it turned out, the move backfired big time, as Bairstow went on to score 90 runs of the next 75 deliveries to keep the hosts alive in the game. From the looks of it, Kohli’s snide jeering was just the perfect trigger for YJB to go into beast mode. Thankfully, Mohammed Shami managed to dismiss him before England could come close to wiping off the deficit; or else India might have been single-handedly blown away by Bairstow’s brilliance.

“Batting like Pujara, Kohli’s sledging made him Pant”- Virender Sehwag

Kohli has a reputation for being chirpy on the field to stay as much involved in the game as he can. But given how awry things could’ve turned out- combined with the fact that Kohli hasn’t been able to score too many runs himself lately- fans on social media were quite irked.

One of them was former India opener Virender Sehwag, who never shies away from delivering his candid verdicts on social media. And Viru was just as rampant in calling out Kohli for his ‘unnecessary’ sledging on this occasion.