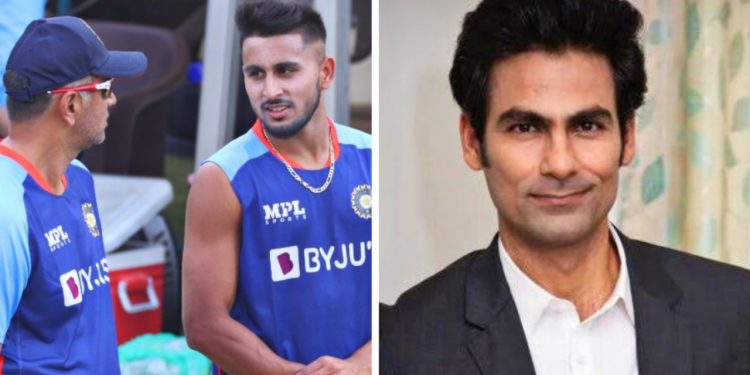 Team India played South Africa in a 5-match T20I series recently which ended in a draw and both the teams were announced the joint-winners. Youngsters like Umran Malik and Arshdeep Singh got their maiden call-ups in the national team, however, none of them played any game and just warmed the benches. Former Indian cricketer and commentator Mohammad Kaif has now shared his views on why Umran Malik missed out on a debut in the series against the Proteas.

South Africa dominated India in the first two matches as they defeated the Indian side with quite ease. However, team India came back strongly and finished the series on 2-2 after reeling at 0-2 to be the joint winners of the trophy. Many had speculated that Umran Malik will surely make his international debut in the series but it didn’t happen and now Mohammad Kaif gives his views on the debut of the speedster who impressed everyone in the IPL.

Umran Malik has achieved quite a fan following for the pace that he possesses and the way he rattled the stumps of the batsmen in the 15th edition of the Indian Premier League. While many thought Malik was a sure-shot pick for the Playing XI, Mohammad Kaif feels that Rahul Dravid is making sure that the youngster watches the game from close quarters and understands the game pretty well before making it into the XI.

“I would like to see Umran Malik play for India one day. But at the same time. I don’t want to make him rush. Like, Rahul Dravid is making sure he is sitting in the dugout, watching the game from outside. He’s got the pace; he’s strong and has got the form going at the moment. I am not the only one, the whole of India wants to watch him play for the country one day. His time will come but Rahul Dravid is doing a good job of settling his nerves down,” said Mohammad Kaif.

Mohammad Kaif has appreciated the way Dravid has handled the youngster so far giving him time to get acquainted with the environment. The Indian team is going to tour Ireland for two T20 matches where the youngster is most likely to make his international debut. Hardik Pandya will be leading the side and Bhuvneshwar Kumar will be providing his services as the vice-captain.