Team India and CSK all-rounder Ravindra Jadeja is set to lead Saurashtra in their upcoming Ranji match in Chennai. 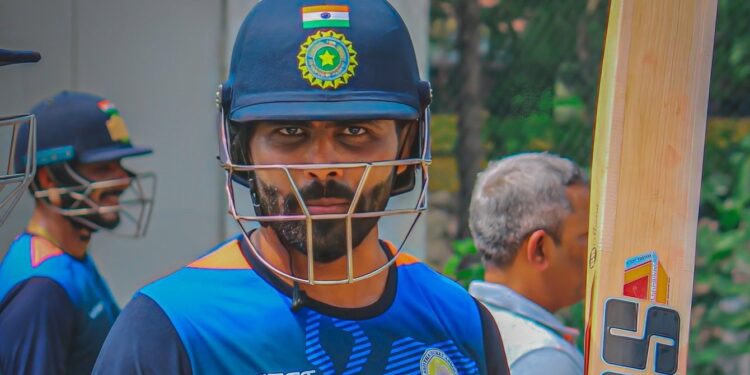 Ravindra Jadeja will be back in action for the next four days as Saurashtra takes on Tamil Nadu in Chennai in their last league match of Ranji Trophy. Jaddu is also the designated captain for the match, as regular skipper Jaydev Unadkat and Cheteshwar Pujara have been rested ahead of Border-Gavaskar Trophy commencing February 9.

Notably, Jadeja has also been named in the 17-man squad that will go up against Pat Cummins and co. in the four test home series.

However, since he has not featured in any form of competitive cricket for the last few months, Jadeja has been asked to prove his match fitness in the aforementioned Ranji Trophy match.

Extremely important to both Team India and Chennai Super Kings (CSK) , Ravindra Jadeja had undergone surgery to his knee, following which he was under rehabilitation at the National Cricket Academy (NCA), Bangalore.

The all-rounder upon reaching Chennai shared a two-word Tweet that has sent the Super Kings supporters in a fit.

There was a public back and forth between Chennai Super Kings and Ravindra Jadeja until a couple of months ago after the star all-rounder relinquished captaincy at IPL 2022 following a poor start to the season.

The veteran of 210 Indian Premier League matches, however, settled things up with his franchise and was retained at the Players auction in December, much to the pleasure of fans.

Some such Chennai Super Kings fans have been left excited at the two-word message from Ravindra Jadeja. They have showered their love on the star cricketer.

Vanakkam to my fav person my idol my role model. Lion is coming back on field pic.twitter.com/cioGM2h2Zs

Though Ravindra has been named in the 17-man squad for the first two tests against Australia, his inclusion in the playing 11 is subject to how he holds up for Saurashtra in the Ranji match beginning tomorrow against Tamil Nadu.