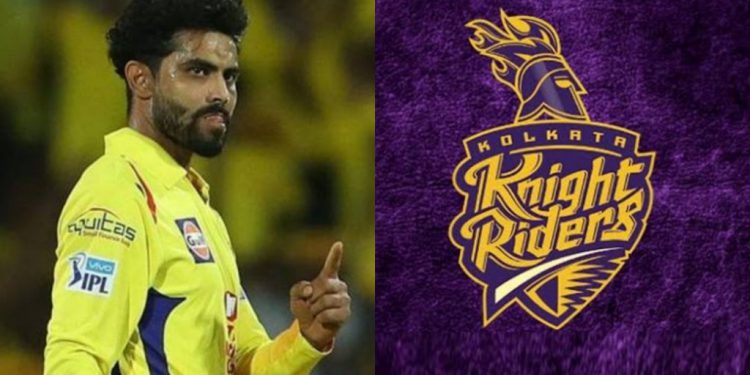 Ravindra Jadeja is a household name in Indian cricket. The Indian all-rounder has proved his worth plenty of times and is an integral part of the setup. Jadeja has also been a part of Chennai Super Kings for a long time and share a good camaraderie with MS Dhoni. In their latest tweet, KKR camp tried to troll Dhoni but Ravindra Jadeja gives it back to them with a hilarious reply.

The 4th Test match of the Ashes series turned out to be a thriller and ultimately ended in a draw. In the dying moments of the match, where Australia needed 1 wicket to win, they surrounded Anderson with fielders. The KKR camp shared a picture of a similar field setting against MS Dhoni in the IPL when the CSK batsman was part of Rising Pune Supergiant.

The KKR camp tried to troll one of the most successful captains, who under his captaincy has won 4 IPL titles for Chennai Super Kings. However, Dhoni’s CSK teammate Ravindra Jadeja gave a hilarious reply to KKR with his tweet. The all-rounder commented on the picture and called the field-setting against MS Dhoni a ‘show-off’.

The KKR camp put two pictures, one of the 4th Ashes Test and the second of the IPL with the caption, “That moment when a classic move in Test cricket actually reminds you of a T20 master stroke!” They were certainly trying to troll MS Dhoni, but Ravindra Jadeja gave it back with his comment, “It’s not a master stroke!Just a show off,” followed by a laughter emoji.

Its not a master stroke!Just a show off🤣

Ravindra Jadeja surely knows how to take revenge on behalf of his teammates. The all-rounder was supposed to be a part of the squad for the South Africa tour, however his knee injury prevented him from being a part of the series. Jadeja was retained by Chennai Super Kings for Rs.16crs. along with MS Dhoni who was paid a handsome amount of Rs.12crs. as well.