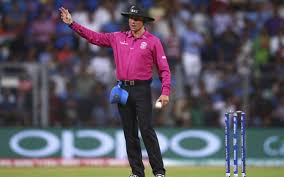 The IPL Governing Council (GC) seems to be implementing a variety of strategical and structural changes for the upcoming 2020 season, under new chairman Brijesh Patel. In today’s GC meeting at Mumbai, the GC has planned to implement a first-of-its-kind decision. According to sources, the Governing Council plans to assign an extra umpire to check for front-foot and waist height no-balls.

The 2019 edition of IPL was jam-packed with intensity and, the fans got to witness some breath-taking cricketing action. However a major talking-point from the last season was the quality of umpiring in the tournament. On more than one occasion, the over-head decision making came under severe scrutiny as a number of errors went unnoticed.

IPL 2019 had a bunch of controversial no-ball related calls

The game between Bangalore and Mumbai at the Wankhede saw one of the most blatant umpiring howlers of recent times. Umpires did not notice Lasith Malinga overstep on the last ball of the innings when RCB only needed a six to win the match. The decision potentially cost RCB the match and also 2 crucial points for their play-off qualifications. India and RCB captain Virat Kohli minced no words to convey his disappointment. The clash between Rajasthan and Chennai was particularly famous for MS Dhoni brashly interrupting the live-match. Dhoni was unsatisfied as to why the leg-umpire over-ruled the no-ball when the straight umpire had signaled for one. It turned out to be a mistake from the straight-umpire and ultimately resolved, but not without stirring a fair bit of drama.

Both these incidents were some of the talking points in the GC meeting and the GC seems determined to avoid such issues in the future. While no concrete decision has reached fruition yet, sources have all but confirmed the decision to be implemented. One of the senior GC officials even made a statement supporting the decision and its implementation.

“If all goes well then at the next IPL, you could see a special umpire just to “observe” no-balls. The concept sounds weird, but we thoroughly discussed this in the meeting.”, the official explained. “The idea is altogether different from the third and fourth umpires. Naturally, we’re trying to focus on using technology here, since that minimizes the scope of human error. It is our intention to try out the idea at a domestic tournament first. Preferably the Syed Mustaq Ali trophy that starts in a few days from now.”, said the official.

Apart from this, sources have also reported that the idea to introduce ‘Power-Players’ in the next IPL has effectively been scrapped. Essentially, there was a plan to expand the on-field team to a pool of 15 players and allow a benched player to walk-in as substitute. The BCCI wanted to implement this system in a domestic tournament first, possibly the Syed Mustaq T20 tournament. But since the time frame to execute is very less, considering the tournament starts this Friday, the idea has been shelved for now.