The current scenario has left the BCCI to ponder upon the upcoming season of Indian Premier League. 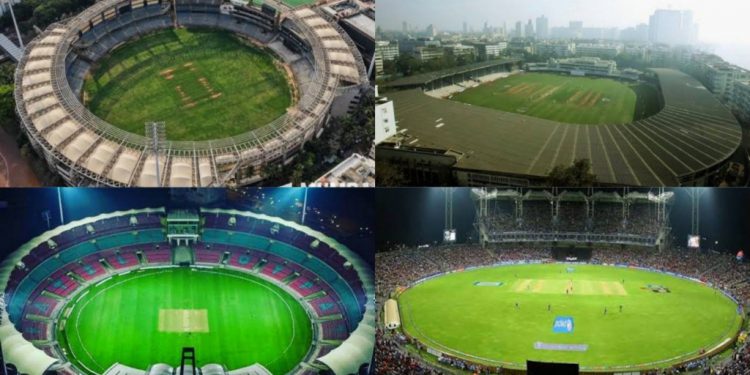 Fans are pretty excited for the IPL 2022 season as the league is going to be spicier this time with the inclusion of two new teams. However, the surge in COVID cases in India has yet again left the BCCI to ponder upon the situation.

The third wave has hit India hard and if reports are to be believed, BCCI may host the entire season of IPL 2022 in Maharashtra.

IPL 2022 season may be held entirely in Maharashtra

The number of Covid cases in India is skyrocketing with each passing day. Many states have imposed curfews to control the situation and the current scenario doesn’t seem ideal at all.

As IPL 2022 season approaches, BCCI will have to plan the tournament accordingly as it may not be possible for the teams to travel from one venue to another. In the light of the present situation, BCCI is looking to host the entire season of IPL in Maharashtra. Four international venues of the state are under BCCI’s plans – the Wankhede Stadium, the Brabourne Stadium, the DY Patil Stadium in Navi Mumbai and the Maharashtra Cricket Association Stadium in Gahunje, near Pune.

The 2021 season of the Indian Premier League was also halted midway due to the outbreak of pandemic and later it was completed in UAE. If the situation doesn’t improve, BCCI will have to look for alternatives to organize the tournament. According to the reports, the Indian Cricket Board is planning to host the IPL 2022 season in Maharashtra and if that’s not the possibility either, they will take the league abroad once again.

ALSO READ: Ravindra Jadeja gives it back to KKR as they try to troll MS Dhoni

Maharashtra will be the first choice for the tournament, but if it doesn’t work out, the tournament will then be played in UAE as per the reports. The Indian fans will hope for the situation to come into control so they can enjoy the dose of entertainment on their home soil. Everyone will have to wait and see how things turn out for the IPL 2022 season. As for BCCI, they will be assessing the situation closely and will decide accordingly.