Reports: BCCI removes Virat Kohli from ODI captaincy against his will, had given 48 hours to step down

Just after the few weeks of Kohli leaving the T20I captaincy, Rohit Sharma has been announced as the new ODI captain. 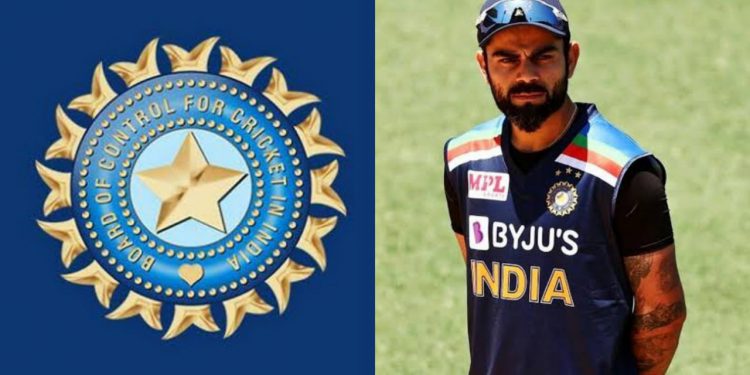 Ever since Kohli left the T20I captaincy, there has been a lot of talk regarding his role as a skipper in the ODI format. There have been speculations that the Indian skipper will leave the ODI captaincy as well. Though there was no official statement by Virat Kohli or BCCI about the same, the grapevine was abuzz with the news. Now, in a surprising turn of events, BCCI removes Virat Kohli from the post of ODI captain for the Indian team.

Kohli always maintained that he would love to continue leading the side in ODIs and Tests, but there were theories that soon Kohli will have to leave the ODI captaincy too as it goes with splitting the skipper roles in white-ball and red-ball cricket. All the theories came out to be true on 08th December when BCCI finally announced in a tweet that Rohit Sharma is the new ODI captain for the team.

The news from BCCI came as a shock for all the cricket fans as there was no public announcement of the same by Virat Kohli. It is evident from the tweet that BCCI removes Virat Kohli from ODI captaincy and this is not what Kohli actually wanted. If later reports are to be believed, Kohli was given an option to leave the ODI captaincy voluntarily within 48 hours, which he did not do and the board announced their decision with a tweet.

As BCCI removes Virat Kohli from ODI captaincy, Kohli will now be leading the side in Test cricket only. Rohit Sharma will be at the helm for the team in the shorter formats. Virat Kohli has been mighty successful in his tenure as the captain in all the formats and this new development has definitely surprised and shocked the fans.