The top players from Asia will be a part of the same team in the Afro-Asia Cup which is going to be held in the year 2023. 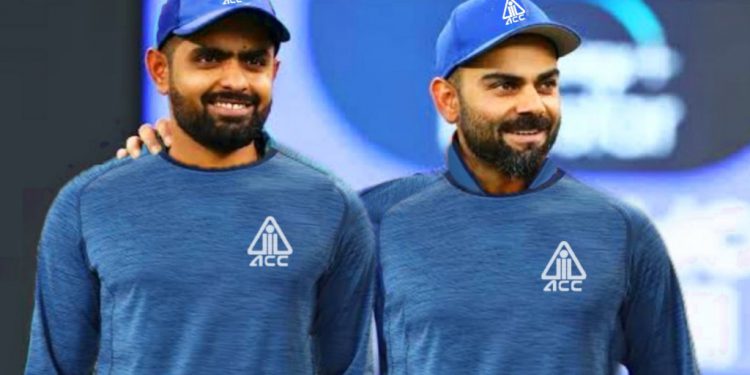 The political tensions between India and Pakistan are a well-known fact and the same has been the reason for both the teams not playing any bilateral series since 2013. The teams only play in the ICC tournaments where the fans always look forward to the mouth-watering clash between India and Pakistan. Interestingly, there may be good news for the fans as India, Pakistan players likely to play together in same team in the upcoming Afro-Asia Cup.

The Pakistani players are currently ruling the roost on the ICC Top batsmen ratings across formats and the Indian players are engaged in a 5-match T20I series against South Africa. India, Pakistan players have always maintained great relationships off the field and the fans may now witness them playing together in the same team as the 2023 edition of the Afro-Asia Cup approaches.

The Afro-Asia Cup is going to be held next year after it was last organized in the year 2007. This is going to be a reboot season for the tournament which saw Shahid Afridi playing with Rahul Dravid and Virender Sehwag in the same team in its 2005 edition. It was in the year 2021 that the India, Pakistan players battled against each other in the T20 World Cup. Pakistan defeated India in that contest with a massive margin of 10 wickets.

It is really going to be interesting if India, Pakistan players will play together in the same team. It will surely be a treat to witness the best in business in the same side. The Afro-Asia Cup will have two sides; one of which will have players from the African continent, while the other will have players from the Asian continent. The planning for the same has gone underway and the news has surely excited the fans.

“We haven’t got confirmation from the boards yet. We are still working on the white paper and it will be submitted to both boards. But our plan is for the best player from India and Pakistan to be playing in the Asian XI. Once plans are finalized we will go in to the market for sponsorship and a broadcaster. It will be a massive event. Really, really big,” said Prabhakaran Thanraj (ACC head of commercial and events) to Forbes.