2019 World Cup winning captain Eoin Morgan and coach Trevor Bayliss, were both approached by PBKS for the Head Coach role. 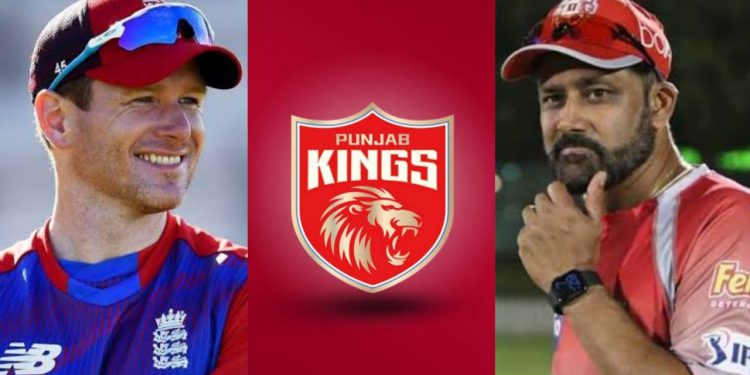 Punjab Kings are reportedly looking to rope in a new coach for the next IPL season. According to a Cricbuzz report, the Mohali-based franchise has decided not to renew its contract with the current Punjab Kings Coach, Anil Kumble. Kumble’s contract with the franchise ends in September and it has been reported that the franchise has already approached a few people for the role of the PBKS coach. Former England Captain, Eoin Morgan is one of the names that has likely been approached by PBKS.

Kumble has been the Head Coach and the Director of Cricket Operations for PBKS since October 2019. In all three seasons of the PBKS side under Anil Kumble, the side has not managed to enter the playoffs. PBKS finished 6th in the points table in all three seasons. Hence, the franchise is now set to part ways with Anil Kumble.

Eoin Morgan was approached by PBKS for the Head Coach position

According to reports, England skipper Eoin Morgan, former England coach Trevor Bayliss, and a former Indian coach have been approached by the PBKS franchise for the Head Coach role. Eoin Morgan’s name has come up as a surprise to everyone as he has recently retired from international cricket and continues to play domestic cricket. It would hence be interesting to see if Morgan ends up taking up the role.

Trevor Bayliss was the coach of the 2019 World Cup-winning England side. Bayliss is also a two-time IPL-winning coach. He was the coach of the 2012 and 2014 IPL-winning KKR side which was captained by Gautam Gambhir. He has also worked with the SRH side as their head coach. Bayliss would hence be the top contender for the PBKS head coach role if he shows interest. The third person approached is a former Indian coach whose name has not been revealed yet.

Also Read: Internet hails AB de Villiers as his prediction about Kagiso Rabada turns out to be 100% True

The PBKS side has not managed to reach the playoffs since 2014. The franchise had appointed Kumble as the coach of the side back in 2019 in the hope of some change in their fortunes but it didn’t go as expected. Hence, the franchise owners are looking to make changes. It is expected that one of the three names mentioned above will be appointed as the PBKS Head Coach in a week’s time.