Sunrisers Hyderabad and Rashid Khan are in some sort of disagreement over the No.1 retention. 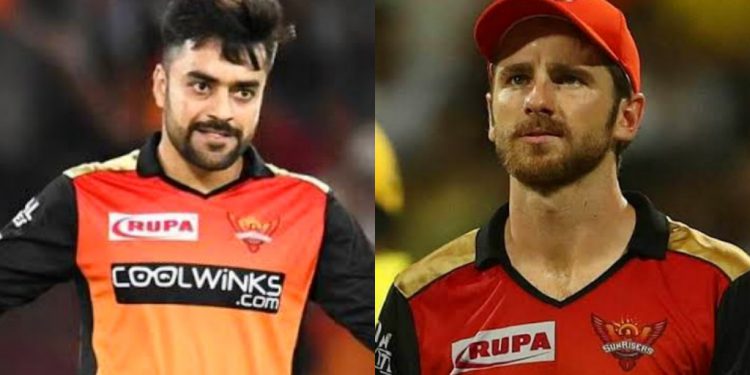 Rashid Khan has been an integral part of the Sunrisers Hyderabad setup. The Afghan cricketer has been providing his services for the franchise, ever since he was bought for Rs.4 crores by the Hyderabad based team. SRH is now looking to retain their solid players and if reports are to be believed, Rashid Khan wants more money than the captain Kane Williamson.

The BCCI has asked all the franchises to submit the list of players they want to retain by 30th November. The teams are backing their consistent players by retaining them while the others will go under the hammer in December 2021. According to reports, SRH and Rashid Khan are in some sort of disagreement over the No.1 retention as Rashid Khan wants more money.

Rashid Khan wants to be retained as SRH’s no.1, tells reports

Sunrisers Hyderabad wants to retain their captain Kane Williamson and wants to make him their No.1 retention, however this has not gone down well with Rashid Khan. It is to note that the sequence of retention also comes with a difference in the pay check. The gap in the first and second retention is Rs.4 crores and clearly Rashid Khan wants more money than the captain himself.

The franchise will definitely want to sort things out with the leg-spinner as he has been very productive for the team. Rashid Khan is one of the best T20 bowlers and always deliver for his team, even when his team is not doing well. In the 2021 edition of the Indian Premier League, the leggie claimed 18 wickets.

As Rashid Khan wants more money, it will be interesting to see what solution the franchise comes up with. They can’t afford to lose one of their most valuable players in the form of Rashid Khan. In addition to that, they also need the leadership of Kane Williamson.