Rishabh Pant Made 3 Mistakes In One Over, Crowd Chanted Dhoni 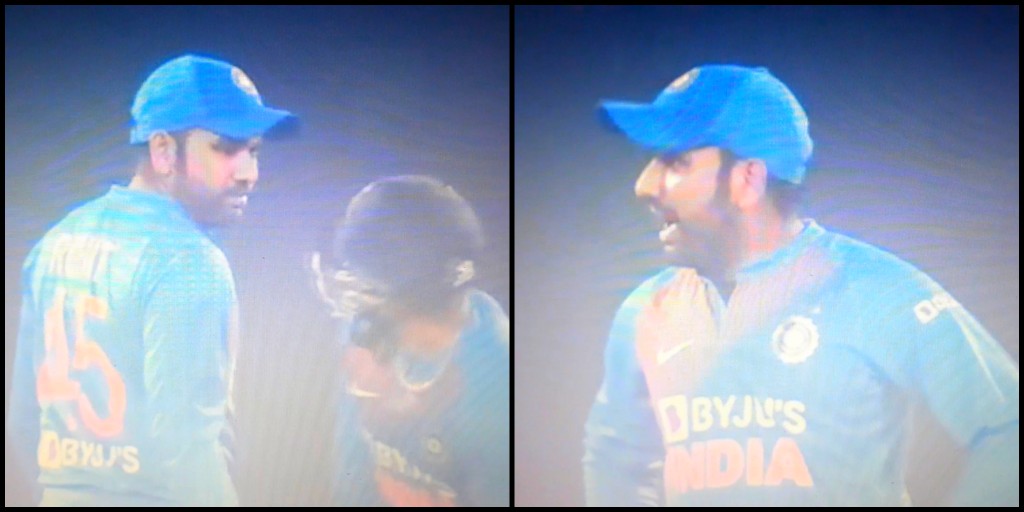 India took Bangladesh in the first T20 match of the series at Arun Jaitley Stadium, Delhi. In the absence of Virat Kohli, Rohit Sharma is leading the Indian team in this series. Bangladesh won the toss and elected to bowl first. While batting first, India didn’t have a good start as they lost skipper Rohit Sharma in the first over.

But, then Shikhar Dhawan’s 41-run knock helped India to went past 100 runs. At the end, Krunal Pandya and Washington Sundar’s cameos helped India to reach a respected total of 148 runs. While chasing 148, Bangladesh too lost their first wicket early as Liton Das caught out after scoring 7 runs.

But then Soumya Sarkar and Mushfiqur Rahim played sensibly and completed 50-run partnership. This partnership put the pressure back on Indian bowlers. India made a comeback in the match taking Soumya Sarkar’s wicket. After this wicket, Bangladesh’s run-rate dropped. but 19th over which was bowled by Khaleel Ahmed turned out to be game-changer for the visiting team. Mushfiqur Rahim hit four consecutive boundaries in the over. In the end, Bangladesh claimed their first-ever T20 win against India.

Rishabh Pant Made 3 Mistakes In One Over

First Mistake: During the 10th over of the chase, Rishabh Pant made a mistake which frustrated Rohit Sharma and made the crowd memorize MS Dhoni. Chahal bowled a delivery to Rahim which hit him at the pad. Rahim looked for a run but Sarkar sent him back. Between the mix-up, India had a chance of run-out. But Rishabh Pant’s throw was not good and really frustrated Rohit who was expecting a better throw. Following this crowd started chanting Dhoni… Dhoni…

Second Mistake: In the next ball, the ball again hit Rahim’s pad, India appealed but the Umpire said not-out. Rishabh Pant didn’t show any interest so Rohit didn’t take DRS. But replay showed it was plumbed out.

WATCH VIDEO: Rohit Sharma Shuts A Reporter For Interrupting Him In Press

Third Mistake: In the final ball of the 10th over, Rishabh Pant appealed for a catch but batsman didn’t give out. And this time Rishabh convinced Rohit that he heard a noise. Rohit didn’t want to take the review but Rishabh pant forced him to do so. DRS showed there was not any contact of ball and bat. Following this failure once again crowd started chanting Dhoni… Dhoni…