Pant has been facing criticism for his batting recently and now questions are being raised on his fitness. 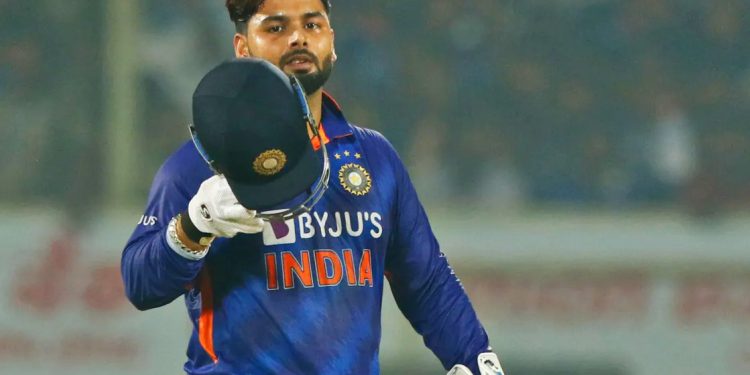 The final T20 of the 5-match T20 series between India and South Africa was washed out due to rain hence the trophy was shared between the two teams. The Rishabh Pant-led Indian side did well to pull the series back into their favor after losing the first two matches. The stand-in captain for the series, Rishabh Pant, was unable to fire with the bat in the four games and he’s being criticized for throwing his wicket away in crucial situations. Now, former Pakistani cricketer, Danish Kaneria has come up with questions regarding Pant’s fitness.

Pant has only managed to score 57 runs in the four games at an average of 14.25. Even after getting starts in a couple of games, the keep-batter lost his wicket due to his unresponsible shot selection. After losing his wicket in almost a similar fashion in the four games, many experts are of the opinion that he is not learning from his mistakes. Kaneria however has pointed out Pant’s weakness regarding his wicket-keeping.

While Pant is facing criticism from most cricket experts for his batting mistakes, Kaneria has taken a jibe at Pant’s improper wicket-keeping stance. Kaneria opines that Pant is slightly overweight and bulky. Speaking on his YouTube Channel, Kaneria has pointed out that Pant needs to lose weight as his bulky body doesn’t let him squat in a proper way. Kaneria said that Pant doesn’t squat lower and sit on his toes while a fast bowler is bowling.

“Seems like he is overweight and being bulky doesn’t give him that much time to come up quickly. It raises concern over his fitness. Is he hundred percent fit?” said Kaneria.

Kaneria also said that Rishabh will have to improve his batting style and pointed out that KS Bharat has been waiting for his chance. He also said that bringing Wridhimman Saha back would also be a good option for India. Kaneria, further in his YouTube video, praised Hardik Pandya and Dinesh Karthik for the way they batted in the 4th T20.