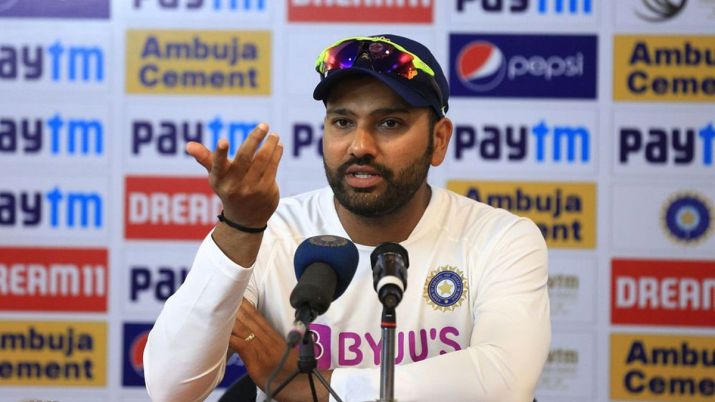 Rohit Sharma-led team India is set to take Bangladesh in T20 series opener at Delhi on 3 November. But ahead of the match, Delhi’s weather has been the talk of the town. The overall air quality index (AQI) crossed the 400 mark on Wednesday this week, raising concerns among residents of the city.

This is not the first time Delhi is going to host a match in such conditions. In 2017 too, India played a match against Sri Lanka under polluted air. Visiting team players had faced problems in breathing and they had decided to wear masks while playing. But homeboy Virat Kohli had smashed a double ton in that match.

Rohit Sharma who will lead the Indian side in absence of Virat Kohli attended a press conference on Friday. A journalist asked him about his view on the current Delhi weather. But Rohit came up with hilarious response to the question saying: “Masala chahiye, lekin dunga nai (you want something spice but I won’t give anything)”

Rohit Sharma will lead India in 3-T20 match series. After which India will play two test matches under Virat Kohli. 2nd test of the series will be historic as it will be India’s first-ever day-night test match. Kolkata’s Eden Gardens will host this match from 22 November.