There was a three-year gap between Rohit Sharma's 29th and 30th tonnes in the 50-over format. 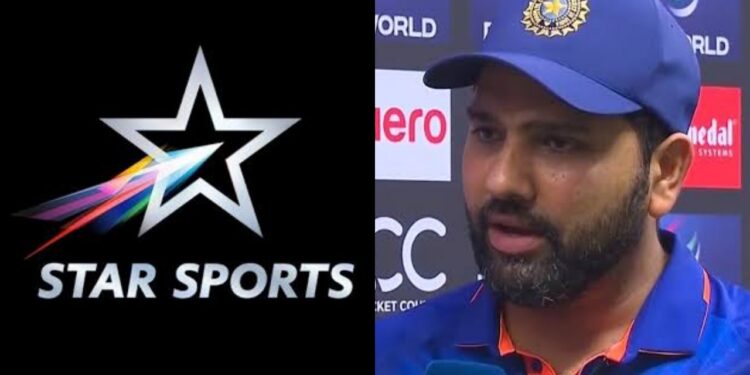 Rohit Sharma is not impressed with Star Sports (Pic - Twitter)

Team India’s skipper Rohit Sharma scored a hundred against New Zealand at the Holkar Stadium in Indore which was his first hundred in an ODI game since January 2020.

After scoring the much-awaited century, Rohit criticized the broadcaster who termed his hundred against the Kiwis as his first in this format in three years.

The Indian Skipper last scored an ODI ton in January 2020 against Australia. There were some questions raised over his form in the ODI format and the broadcasters constantly highlighted his century drought.

The star Indian opener was asked about his batting form just after he scored his 30th ton in the third ODI against New Zealand. A broadcaster highlighted the fact that there was a three-year gap between Rohit Sharma’s 29th and 30th tonnes in the 50-over format.

It’s worth noting that the gentlemen’s game suffered a lot during the pandemic. Just after things started to get better, the complete focus was on the two consecutive T20 World Cups in 2021 and 2022. Rohit went through a couple of injuries as well in the last couple of years and as a result, he featured in just 11 ODI games in the last two calendar years.

WATCH VIDEO: Rohit Sharma loses his cool on Shardul Thakur for not bowling according to the field

The way Rohit has batted in the six ODI games in 2023 he has never looked out of form which justifies his being furious over the reporter’s question. The Indian Team will expect more of such tons from their skipper as the focus has now shifted completed towards the ODI as the World Cup is scheduled this year in October-November.