Rohit is all set to begin his full-term T20I captaincy stint, starting with NZ tour of India. 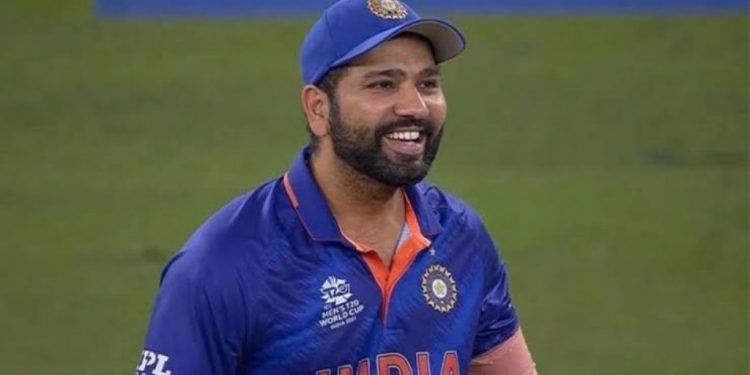 While the focus will be on Rohit’s reign as T20 captain, Indian also gets a new head coach in Rahul Dravid. He replaces Ravi Shastri, who voluntarily hung up his coaching boots.

However, just as Sharma is about to start off his much awaited captaincy stint with India’s clash against NZ at SMS, Jaipur, netizens have taken note of one of his old tweet. Courtesy an old fashion digging, obviously.

Regardless, the tweet is about a decade old. Well, nine years to be exact. And it features Hitman celebrating his first serious captaincy gig.

Date-stamped November 7, 2012, the tweet goes: “Touched down on Jaipur, and yes I will be leading the side, looking forward to the added responsibility.” Screenshot of the same is attached below.

For those People who don't know about this match.
This is about a Ranji match of Rajasthan versus Mumbai at Jaipur where Rohit captained Mumbai and made 79 and SKY was also part of that team and he picked Two wickets too pic.twitter.com/2QNN3a573r

Now then, it is clear all the viral-ness around it owes itself to a minute coincidence. The first time that Rohit Sharma led Mumbai in Ranji Trophy, the fixture was hosted at KL Saini Ground, situated in Jaipur. Nine years later, Rohit is set to take over as indian skipper full-time, 1st New Zealand vs India T20I onwards. This clash too, is going to be held in The Pink City. Stadium this time though, is different [Sawai Mansingh].

In the aforementioned Ranji Match, Mumbai had squared off against Rajasthan. Skipper Sharma had put on a calm head and struck a well-crafted fifty. Here’s hoping that come tonight, Ro-Hitman Sharma will repeat his past heroics and play a captain’s knock yet again. Rest assured, India will be likely to win if he actually does so.