Rajasthan Royals did not retain Ben Stokes and Jofra Archer ahead of the upcoming mega auction. 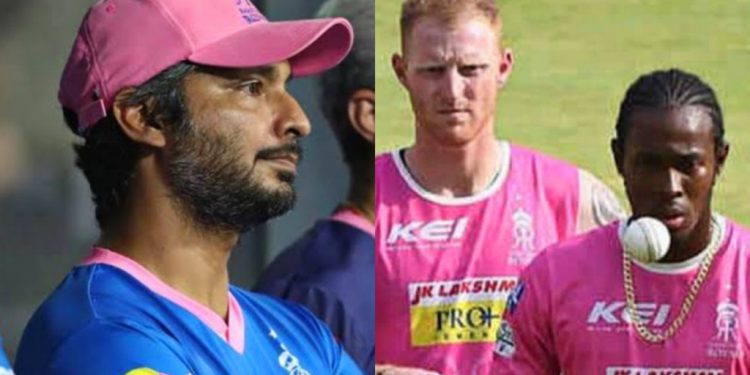 Just like the fans expected, the Indian Premier League (IPL) 2022 event held yesterday was full of shocks and surprises. The eight franchises released their retention list, which does not include some big names.

While KL Rahul was not picked by Punjab Kings (PBKS), Sunrisers Hyderabad (SRH) opted not to retain Rashid Khan. Rajasthan Royals’ (RR) retention list also surprised many as they chose to go into the mega auction with 3 retentions, despite having the likes of Jofra Archer and Ben Stokes.

Archer and Stokes have been prominent members of RR’s squad since 2018 and as the fans could not find their names in the list of retained players, they were left speechless. However, digging into their recent IPL stats, the two cricketers have unperformed, owing to injury issues.

RR’s Director of Cricket Kumar Sangakkara gave the reasoning on the decision of not retaining Stokes and Archer. In a video shared by Rajasthan Royals on Twitter, Sangakkara disclosed that the decision was made, considering the players’ injuries and availability.

“It’s extremely difficult. They are two of the best players in the world at the moment. Ben Stokes is the best all-rounder I have seen in a very long time. [He’s] an absolute match-winner and he has shown that for Rajasthan Royals. Absolutely brilliant as a team man, brilliant in a leadership role. He just brings his amazing energy to the field. We had to consider the number of retentions possible. Player availability, in terms of how much of the tournament that a player is available for.” Said Kumar Sangakkara.

“It’s the same with Jofra. We did everything to ascertain the nature of the injury, the recovery period. There hasn’t been a phenomenon like Jofra Archer in any form of cricket, especially T20 cricket. And I know the players themselves understand our reasoning, even though they may be disappointed. I am sure they are, as we are as a franchise. All these dynamics come into play,” Sangakkara was quoted as saying.

Stokes got injured during the first half of IPL 2021, while Archer did not feature even in a single match last season. Both the cricketers are expected to go under the hammer and considering their reputation and skill-set, they can draw the attention of many teams.

Rajasthan will enter the mega auction with 3 retentions in the form of Sanju Samason, Jos Buttler and Yashasvi Jaiswwal. Samson will be seen leading the side for the second consecutive season.