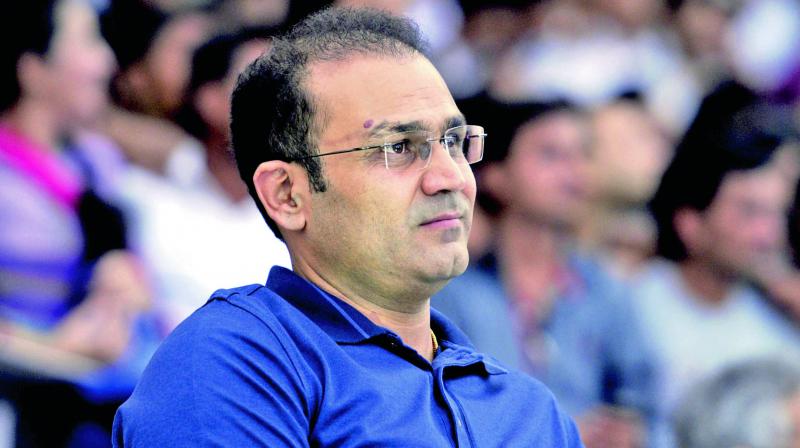 The selection committee of MSK Prasad has faced a lot of criticism. Under his selection, team India has still not found a perfect batsman who can play at number 4 position. Most of the critics target Prasad for playing only 13 test matches and deciding the future of other players as chief selector.

MSK Prasad has faced backlash for his selections several times. Once when he experimented by dropping Dhoni from T20I team at the end of 2018. Also, he didn’t pick Ambati Rayudu who was set to play at number 4 in the World Cup. The MSK-led committee had preferred Vijay Shankar for the no.4 position who failed to leave an impact and ruled out of the tournament due to injury.

Meanwhile, former Indian batsman Virender Sehwag has given a better choice for the chief selector post. He believes that Anil Kumble is the perfect choice for the position. Sehwag said, “I think Anil Kumble could be the right candidate for the chairman of selectors post. He is someone who has interacted with Sachin (Tendulkar), Sourav (Ganguly) and Rahul (Dravid) as a player and with youngsters as a coach,”

Previously, Anil Kumble served Team India as head coach. But due to some problems in the team, Kumble had to resign from the post. According to sources Kumble was strict to players and Virat Kohli was not happy with him. Later, Ravi Shastri had replaced Kumble in 2017 and recently his contract extended till 2021.

Recently, Sehwag posted a tweet; “I want to become a selector.” But this was just a promotional tweet for an app named ‘The Selector’. When asked if he wants to become India selector Sehwag said, “I write columns, appear on TV and being selector will mean a lot of restrictions.”