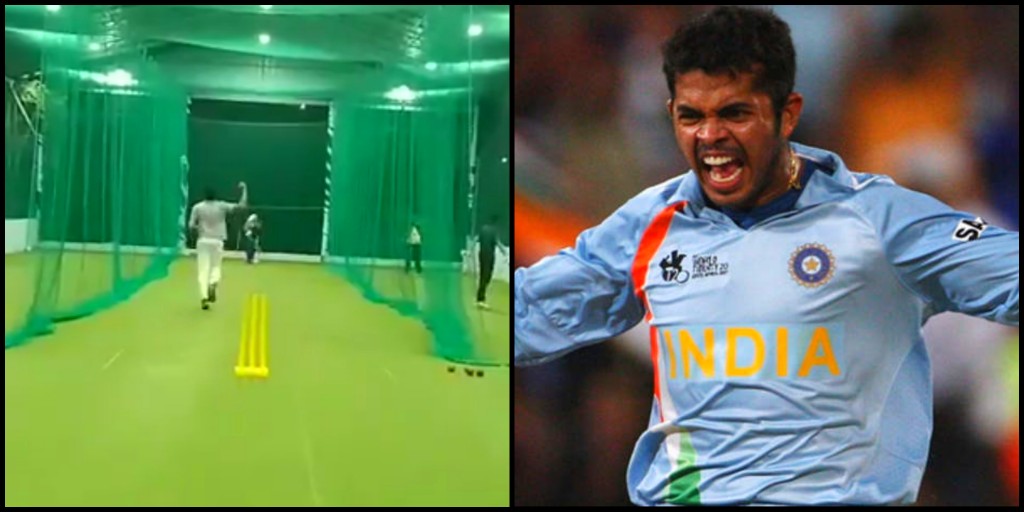 Indian bowler S Sreesanth, who has featured for India in the 2007 and 2011 WOrld Cup finals, is preparing for his comeback to professional cricket in September 2020 after BCCI revoked on his life-ban stamp and reduced it to seven years.

A video of the fast bowler taking a wicket has gone viral among netizens and it promises that the pacer is hungry to play for the Indian team and produce more match-winning performances. Sreesanth was practising in the nets to get his pace and length back and happened to bowl to local teammate Sachin Baby.

Good to see @sreesanth36 back in practice, he cleans up current Kerala player, Sachin Baby. pic.twitter.com/HYfekHvGrZ

The right-arm-medium pacer used his inswinger as the ball went between the bat and pad of the southpaw to clean his stumps. Sreesanth celebrated in his old-way only and looking at his bowling action it seems like nothing has changed from his early cricket days.

Sreesanth was involved in an Ipl match-fixing Scandal in 2013 when he was playing for Rajasthan Royals and that incident had created a chaos in the cricket fraternity. He was given life-ban by BCCI and from there he acted in various films.