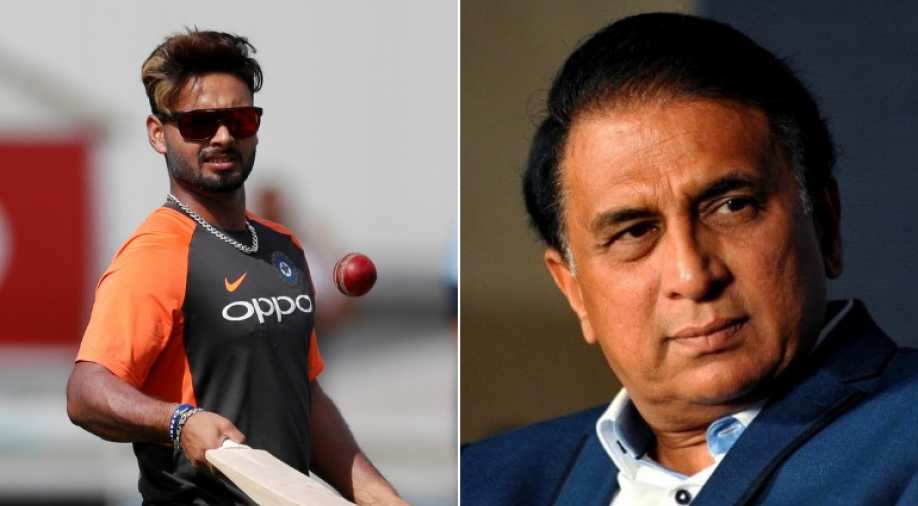 On Sunday team India played their third match of  T20I series against South Africa at Bengaluru. After winning the toss, Virat Kohli decided to bat first. But by the end of the innings, this decision proved wrong. India scored only 134 at the loss of 9 wickets in 20 overs.

In the first 8 overs, Indian batting was very good. But in the 3rd ball of ninth over, Virat tried to hit shot over the deep mid-wicket but caught on the inches before the boundary rope by Andile Phehlukwayo. After Virat’s dismissal, Shreyas Iyer comes to bat at no. 5 position. At the same time, both Shreyas and Rishabh were on the field together.

Midst of this, the broadcaster “Star Sports” showed a question with four options on the screen. And on this question, the legendary Indian batsman marked a funny side of India’s batting puzzle regarding the no. 4 position.

The broadcaster raised a poll for India no. 4 position batsman. The question was “Who should bat at 4 for India in T20I?” with four options much like the format used in KBC. After seeing this question, the Sunil Gavaskar mimics the great actor Amitabh Bachchan. Soon Harsha Bhogle joined Sunil Gavaskar and even mimicked a dialogue from the veteran actor. However, BCCI will reveal the highest voted option soon, but the majority of fans took Twitter to back KL Rahul to play at no.4 position. KL is currently the highest-ranked Indian batsman at ICC T20I rankings. Despite being at no.7 spot in the current rankings, he is warming the bench.

Here is a video of Incident:

This is gold from Sunny G 😁👌
How is that for a KBC rendition, Sunny G Style 😎😎#INDvSA pic.twitter.com/ha3uBjusUp

Apart from the joke, no. 4 position is still a big puzzle for India team management. This is becoming a serious issue for the team management after every series. Because no one has proved his worth for no. 4 position. In this series, they tried Rishabh Pant, but he has once again failed to convert his potential into performance. He scored only 21 runs in this series.